The Seer by Eva Shaw 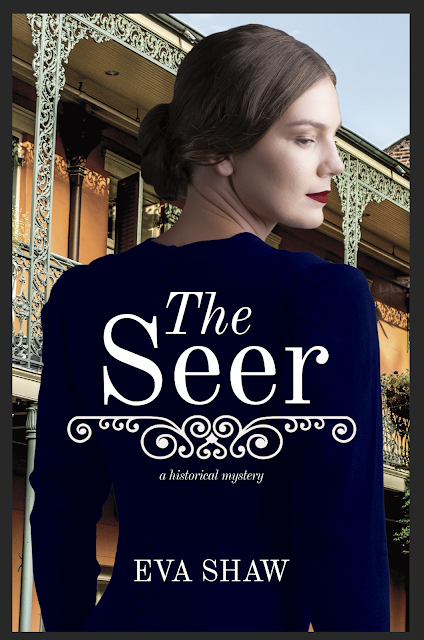 It's February 1942. War grips the world. Asian hate runs rampant, and New Orleans is a dangerous place for Chinese-English scientist Thomas Ling as he collides with self-proclaimed psychic Beatrix Patterson. She's a good liar with an excellent memory, which in truth is her only gift—well, that and conning the well-heeled out of their money and secrets.

Hired by the US Army to use her connections to expose Nazi saboteurs and sympathizers, Beatrix recruits the reluctant Thomas. Together, they pit their skills against a government conspiracy, terrorist cells, kidnappings, and murderous plots. As Beatrix grapples with the truth of her own past, she must come to terms with her ruse. Exposing the Nazi war machine about to invade the country could cost Beatrix everything she's worked so hard to build. But the information she and Thomas uncover could change the outcome of the war.

The question remains: will anyone believe a liar and a suspected traitor?

Beatrix Patterson was a liar. And a good one.

“It’s for everyone’s best interest. I take from the rich and give to the poor.”

At least the second part of the statement was true. She gave herself credit for that.

Tucking her film-star-inspired page boy into a navy-blue snood, the fish-net hair covering supposedly trendy at the time, the slight woman with dark circles beneath her eyes and a sweetly innocent appearance that made men and women instantly feel they must nurture the dear little waif, avoided looking at her reflection by the storefront window.

She grabbed the grapefruit-sized crystal ball from the middle of her desk in the shabby chic and cluttered room that looked more like your elderly aunt’s parlor than an office, took aim at the front door, lifted her arm like a baseball pitcher and stopped. She inhaled, and with the might of a hundred exclamation marks, flung it as a means to punctuate her shame. Rather than shattering as it collided with the doorframe, which was the longed-for result, there was an unsatisfying thud before it dropped to the worn Persian carpet.

The shadowy figure who had been lurking on the doorstep jumped, and the door handle rattled, but that didn’t surprise Beatrix. Someone was always watching, she believed. She didn’t care anymore because she knew if that door opened, her lips would tell more lies—only if the visitor was willing to part with the money in his pocket, and needed to know the future.

Far earlier that same day, and long before Thomas Ling reached Beatrix’s storefront, he’d scouted the surroundings, created a plan, checked the routes, and determined the viability of his escape with the meticulousness of a scientist—which he was. His mind reeled, his palms were damp, and as if repetition could bring reassurance—which it had not so far—he recited the instructions he’d been given: “Be the illusion. People see no more than what they expect. Have them ignore you.”

Hence, he had swaggered, like a sailor on shore leave—which he most certainly was not—attempting to blend into the late afternoon shadows of gritty Magazine Street, keeping his eyes down, lest they give him away.

To the casual observer, he was nothing more than a slender man in a crisp white uniform, in a sea of sailors, marines, and soldiers ready for a Sazerac, distractions of either genders, and to unwisely use limited hours before being hustled into a troop carrier shipped to war-torn Europe, and if the war gods were smiling, perhaps even return to the girl or guy next door. That assessment would have been wrong.

With deliberate determination, Thomas glanced behind him before disappearing into an alley’s inky darkness, then huddled against a packing crate to confirm he hadn’t been followed. People dashed by the alley, seemingly never ever noticing that a pedestrian had vanished, and that’s what Thomas hoped for.” 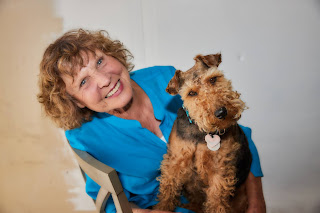 EVA SHAW is one of the country’s premier ghostwriters and is the author of more than award-winning 100 books.  Novels with her byline include these faith-based Amazon best sellers:  Doubts of the Heart and Games of the Heart.  Nonfiction best sellers include:  Ghostwriting: The Complete Guide, Writeriffic 2: Creativity Training for Writers, Write Your Book in 20 Minutes, Garden Therapy: Nature’s Health Plan, and What to Do When A Loved One Dies.  Visit Amazon, Good Reads and other sellers for reviews.

Eva teaches five university-level writing courses available online at 4000 colleges and universities worldwide.  A breast cancer survivor, she's an active volunteer with causes affecting women and children and with her church.  She loves to travel, read, shop, garden, play the banjolele and paint, focusing on folk art and California landscapes.  When not at her desk, she’s probably enjoying the beach village of Carlsbad, California with Coco Rose, a rambunctious 2-year-old Welsh terrier.