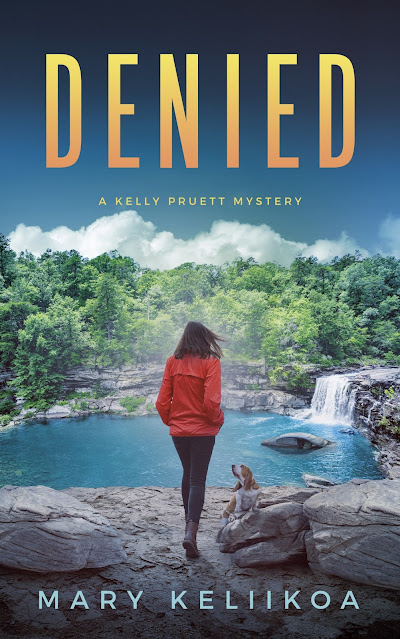 PI Kelly Pruett's search to locate a former classmate's missing father ends in what appears to be a tragic accident. Kelly will play a high risk game of chance with a killer willing to gamble everything to win.

After nearly getting killed during my first murder investigation, I’d spent a good portion of the last months holed up on the couch, nursing my arm where the bullet of a Ruger LC9 claimed a chunk. The experience left me with two options: sell my dad’s agency, R&K Investigations, and take a desk job—a choice my ex and his mother championed—or continue to be a PI.

The fact that my basset hound and cohort Floyd and I were parked in front of Vince Burnotas’ house in Riverview, Washington, on a Monday afternoon looking for signs that he was home indicated which way I went.

Earlier in the day, a soon to be client had shown up as Floyd and I’d sprinted home after conducting a surveillance on a cheating husband for his suspicious wife. My eight-year-old daughter Mitz, who stayed with me Friday through Monday, was back with her dad for the week and attending Washington School for the Deaf. Dressed in black running tights and an oversized sweatshirt to fend off the early May chill, I was bent over in front of my house kneading the knot in my bad arm and trying to catch my breath. Athletics had never been my forte, but too much couch surfing had cost me any stamina I had possessed.

“Kelly Pruett,” a female voice pierced the air behind me.

I’d gotten upright and found a young woman with upswept strawberry blonde hair approaching. Her long cardigan hung over a T-shirt, both too small to cover her baby bump. I knew most of my neighbors. Hell, I’d just been through half of their yards dodging swing sets and patio furniture. She wasn’t one of them. “Morning. Do I know you?” I’d glanced at my Fitbit, a gift from Mitz, funded by my ex-husband, Jeff. It read eight o’clock.

She’d cocked her head to the side. “You should. Damn girl, you look as pretty as ever.”

Sweat trickled down my back, and my thick shoulder-length hair pulled into a ponytail had frizzed under my own humidity. I managed a thank you, but I didn’t recognize her and I hated guess who games. Floyd sniffed her shoes and gazed up at me. He was also at a loss. “Sorry. I give up.”

The only Stephanie Burnotas I had known was a large mousey girl from homeroom at Parkrose High. Even though this girl was pregnant, if this was that Stephanie, she’d shrunk in half since then. Unlike me who’d added an extra layer after having Mitz.

“My gosh, Stephanie. You look great. You live here in the neighborhood?”

“Not exactly. I’m glad to find you home. I heard you inherited your dad’s business. I was sad to hear you lost him.”

I bounced in place; my leg muscles tight. The business. My childhood home. My dad had left me everything. Including a few of his messes. “I’ve been taking up where he left off.”

She wrapped her arms around herself. “Does that include missing persons?”

“I handle it all.” A half-truth. Willing to handle and being hired to handle were different. My PI license with the state of Oregon was current. But after my arm had healed, I’d gone back to my roll before my dad died: serving legal papers and a few stakeouts that only sent me running from pissed off cheaters on rare occasions. Her timing was good though. I’d been itching for something different. “Who’s missing?” 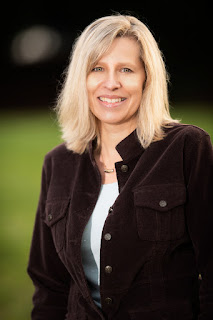 MARY KELIIKOA is the author of the award nominated PI Kelly Pruett mystery series and the upcoming Misty Pines mystery series featuring Sheriff Jax Turner slated for release in September 2022. She has had mystery shorts published in Woman’s World and in the anthology Peace, Love, and Crime: Crime Fiction Inspired by the Songs of the ’60s. She spent the first 18 years of her adult life working around lawyers. Combining her love of all things legal and books, she creates twisting mysteries where justice prevails.

At home in Washington, she enjoys spending time with her family and her fur-kids. When not at home, you can find Mary on a beach on the Big Island where she and her husband recharge. But even under the palm trees and blazing sun she’s plotting her next murder—novel that is. To learn more about Mary’s life and work, please visit: https://marykeliikoa.com/