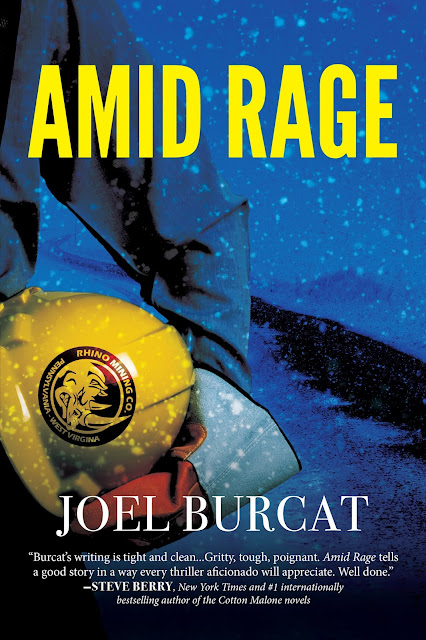 A psychotic coal mine operator and cynical neighbors with an anti-mining agenda fight out a strip mine permit battle. Mike Jacobs, a 29-year old environmental prosecutor with Pennsylvania's environmental agency, DEP, is caught between the warring factions, but is ordered to "babysit" the case. All Mike wants to do is to protect the environment and neighbors from certain harm as a result of the proposed mining.
Sid Feldman, the Philadelphia lawyer for the mine operator, who oozes power and privilege, offers Mike a job midway through the proceedings. Miranda Clymer, the lawyer for the neighbors, pulls out all the stops to win Mike's affection and assistance. Mike's nearest and dearest friend, Nicky Kane is by his side as his paralegal. Mike must use all of his talents as a lawyer and rely on his discretion and courage to do what is right and not anger the political bosses for whom he works.
In the cataclysmic ending, someone will die, but who?

Ernie Rinati pasted a yellow-toothed smile on his face. The morning was going well. The little problem with the DEP inspector, Marty Stevens, had been resolved. Also, he’d given a couple of Gs, all small bills, to the miner’s union steward and that trivial bonus was going to pay huge dividends when the new labor contract was negotiated next month. Just one more task and then lunch. Maybe a bottle of his favorite Chianti.

Ernie stood on the step of the derelict house and knocked. He glanced at the tattered American flag that hung limply by the door and turned his back on it.

Like a neighbor. Not the cops. Not a bill collector.

He heard scraping sounds from inside. Like a cow walking across a barn floor. Slow. No need to knock again.

The door opened and a whale of a man, pasty white face, crew cut, blinked at the late morning light. The TV blared in the living room. Game show. A “Who are you?” look on the homeowner’s face.

“Hi, Mr. Post?” Bigger smile. “Can I call you Norman? Norm? I’m Ernesto Rinati. Call me Ernie.” He held out his hand.

“Rinati? You own Rhino Minin’ right?” said Norman Post. Cautiously. Like he was talking to a rabid dog.

Ernie reached out and took the man’s hand, which hung by his side, and shook it. The hand was limp, weak, moist, flabby. He let it fall back to the man’s side.

“Do you mind if I come in?” Still smiling. “I mean it’s cold and I wanted to discuss a business proposition with you.”

Norman didn’t move. Ernie stepped over the threshold. Only when the two men were nose to nose did Norman finally move aside and allow Ernie to stroll into the living room. A smell smacked him in the face, dirty feet, something festering, he didn’t know what. A giant easy chair, threadbare, ancient. Newspapers on both sides. Crap piled up on the coffee table. Pictures of a woman, children, in the small space not covered with stuff. Piles of clothes and toys on the floor.

The TV blared. Ernie found the remote and turned it off, shrugged and smiled again in the direction of the homeowner. He sat down.

“Have a seat.” Ernie pointed at the easy chair.

“Nice place you have here.” Ernie looked around at the ramshackle, fetid house and nodded.

“Don’t get many visitors. If you’d called ahead, I would’ve straightened it up. What do youns want? This ain’t a social visit, for sure.”

“Oh, a businessman. Right to the point. I like that. Let’s talk business. You know my company, Rhino Mining, is putting in that new strip mine down the way—”

“You mean across the street.” Norman squinted his eyes into slits.

“All according to DEP’s regulations.” He called it dep, like pep, “I assure you. No closer than the regs allow.”

“Too close in my opinion. How am I supposed to live here when you put a hundred-foot highwall a couple hundred feet from my front door? My daughter’ll be scared to death to bring the grandkids.  The dust. The trucks. Lived here my entire life and you’ll turn this neighborhood into shit.”

Ernie nodded like he was concerned. “I hear you Norm. I sympathize, but that’s the law. It’s going to happen and there’s nothing I can do about it.”

“Nothing?” Norman ventured a wry smile. “It’s your company, Mr. Rinati. Just don’t do it.”

“Wish I could, I do, but contracts. Obligations. The union. I’m sure a business-minded man like you understands.” Ernie nodded like a bobble-head doll. 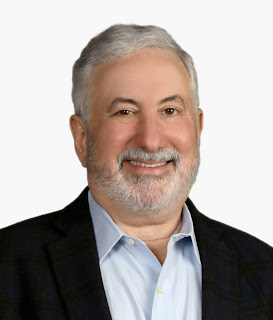 Burcat was selected as the 2019 Lawyer of the Year in Environmental Litigation (for Central PA) by Best Lawyers in America. He has also received "Super Lawyers" and "Best Lawyers" designations for environmental and energy law and was selected by the PA Bar Association as a recipient of its annual award in environmental law. Burcat lives in Harrisburg, PA with his wife, Gail. They have two grown daughters, a son-in-law, and granddaughter.