Interview with Rich Leder, author of Cooking for Cannibals 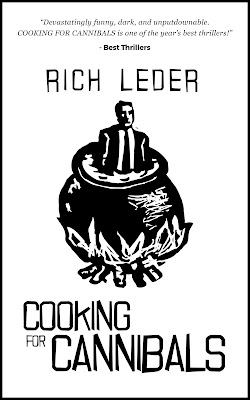 Your novel Cooking for Cannibals debuts on January 14. It’s described as a thriller, but is it fair to say that it has cross-genre aspects, including a Science Fiction aspect as well as romance, not to mention dark humour?

Yes across the board. Cooking for Cannibals will be a wild ride for Sci Fi fans and thriller fans and readers who love humour that crosses the line—or totally obliterates it.  The crazy romance is a bonus for anyone who thinks love is nuts.

You have extensive credits as a screenwriter and novelist. Can you tell us about your work in film, how you started out and some of the movies you’ve worked on?

I’ve been a working Hollywood screenwriter for more than three decades. When I first got to LA, I became a reader. I did that for two years, wrote my first script, and sold it to CBS.  They called it A Season of Hope. It did well, meaning it had high ratings, and they hired me to write another one. Then another one. Then Lifetime started to hire me. Then other networks. Pretty soon, I was one of the top television movie writers in Hollywood.

Which was a good thing because I had three kids under the age of three and no money to speak of. The work came at the right time, and I kept on working for 15 or so years. I was writing feature films as well—and optioning them—but the television movies were the ones that got made on a regular basis—18 of them. And now my first feature. In November 2019, Lionsgate released Primal, starring Nicolas Cage.  You can find a list of all my credits on my website: www.richleder.com.

I suppose they tell us that I enjoy telling different kinds of stories. The McCall books are a hilarious murder mystery series set in New York City, where I lived before I moved to Los Angeles. Juggler is a romantic satire set in Hollywood—more or less some of the story of my life as a writer. Linda is wild, dark, and outrageous thriller set in the San Fernando Valley, part of LA. What they all have in common is that they’re meant to be funny. I’m easy to read and eminently entertaining. That’s what I’m shooting for every time. If you want to laugh out loud at some dark and crazy good fun, you’ve come to the right writer.

How does Cooking for Cannibals relate to your previous books, if at all?

Like Let There Be Linda, Cannibals is dark comic thriller that is, how should I say this, way off the rails. Someone said it’s the wildest, darkest, most outrageous romantic thrill ride of the year. I’m not kidding with that title.

From the blurb, Cooking for Cannibals sounds like a story for our times, with its “man-eating not-so-senior citizens”. How does the novel resonate with ever more bizarre news stories and world events?

I never considered Cannibals to be a story for our times—I’m probably not qualified to write a book that important—but I see your point. Here’s how it relates for me: The world is freaking insane right now in such a painful way that you can’t really laugh at it. Cannibals lets you laugh at the insanity of the world these maniac characters are living in.  Maybe there’s some sense of transferable catharsis in the act of laughing at madness, even if it’s in a book.

Tell us something about the main characters, Carrie Kromer and Johnny Fairfax. Carrie is a behavioural gerontologist and Johnny an ex-con cook and butcher. How do they embark on a life of crime and unusual recipes?

All I’m going to say here—you have to read the book, of course—is that I was trying to write the two lost souls on the planet who would be the absolute most unlikely people to find each other and fall in love. And I’ve put them in the craziest, darkest, wildest story I could imagine. How could any two people—especially these two—fall in love in the middle of all this chaos?

How significant is it that as readers we are rooting for Carrie and Johnny?

That is the hope and dream of all writers, that readers engage on such a powerful emotional level that they’re rooting for the characters. So, yes, significant indeed.

What about their romance?

Imagine the craziest romance happening during the wildest thrill ride of the year. Now double it. And make it darker. And funnier.

Indie Reader Review recommends the book to “readers with strong stomachs, a dark sense of humour, and a need for some off-the-rails, comically violent catharsis”. How do you see your target audience?

Fans of Shawn of the Dead, Monty Python, Quentin Tarantino, Chuck Palahniuk, Carl Hiaasen, Christopher Moore, Tim Dorsey, Donald E. Westlake, and off-the-hook stories filled with characters you’ve never quite seen before should have a blast with Cooking for Cannibals. I just described myself, by the way, and I had a party writing the book.  I hope that readers have the same experience.

How has your screenwriting affected your novel-writing, if at all? How do you see the differences between them?

Yes, most definitely. Story structure, real-life characters, sharp dialogue, fast-paced rhythm, and unmistakable tone are critical in screenwriting, and that Hollywood education has served me well for writing novels. The biggest difference is that anything in the mind of your character in a movie must be made plain by either action or dialogue. (Okay, voiceover is the exception here but should be used sparingly.)  In a screenplay, there’s no time spent inside a character’s head. Their thoughts are conveyed by what they do and/or what they say. In a novel, what fun to be in the mind of the character, to be privy to their deepest thoughts, hopes, dreams, and fears. The other biggest difference is that a movie is, let’s say, two hours long. If each page is a minute of screen time, then the script must be 120 pages. So you’re writing down the page as opposed to across it, which is how you write a novel (or a short story, for that matter). Big difference being restricted by page count or being utterly unrestricted by page count. The other other biggest difference is the economy of words required in a screenplay as opposed to the virtually infinite amount of words permitted in a novel. In a script, if you can describe a thing—a character, a setting, an action—in three words instead of four, then you cut one word. Novelists have been known to write entire chapters about a place in time or a character in repose.

What are you working on now? Will there be a sequel?

I’m writing the fourth and final McCall book, Gottiguard. I’m having a ball. I know the characters so well, and they do not disappoint in this one. I think they know it’s their last dance, so they’re going all out.

I don’t imagine they’ll be a Cannibals sequel. But there will most assuredly be more outrageous books coming from my direction. I love writing them.

What can writers do in a time like this, with the Covid-19 pandemic? Is it possible to write, or imperative?

Writers can and must do what they’ve always done, tell stories that move us—make us laugh or cringe or cry or cheer. Screw this plague. You earned a laugh. I’m going to give you one. More than one.

How important are the arts generally—film, theatre, music and all the newly appearing creative activities from Instagram to Tik-Tok?

There is no life without the arts. Well, there is. But who would want to live it. The arts are everything. The reason we do what we do is because we have the arts to come home to.  Without them, we have nothing. We are nothing but brute commerce at that point.

What do you do to relax, and who do you like to read?

I write. It’s work, but it’s also what I do for fun.  I’m lucky about that.  I hang with my wife, the awesome Lulu—married 35 years; still getting better. I drink a little bourbon some nights, a little tequila other nights. I watch movies. I love movies. I read books (mostly fiction). I love books. I swim 2,000 yards most every day. I walk three miles after I swim.

Philip Roth, Richard Ford, Michael Chabon, Elmore Leonard, John D. MacDonald, some others I mentioned earlier.  Roth is phenomenal. John Irving. Stephen King, of course. Many others. So many great writers out there. So many fabulous stories. Probably the best and most unique thing about human beings is we tell each other stories. I’ll do my part. 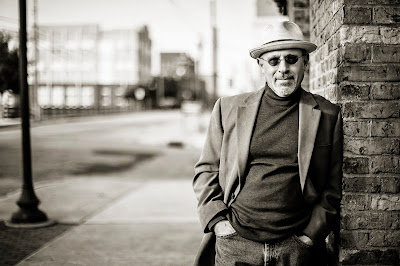 Rich Leder has been a working writer for more than three decades. His credits include 19 produced movies—television films for CBS, Lifetime, and Hallmark and feature films for Lionsgate, Paramount Pictures, Tri-Star Pictures, Longridge Productions, and Left Bank Films—and six novels for Laugh Riot Press.
He’s been the lead singer in a Detroit rock band, a restaurateur, a Little League coach, an indie film director, a literacy tutor, a magazine editor, a screenwriting coach, a wedding guru, a PTA board member, a commercial real estate agent, and a visiting artist for the UNCW Film Studies Department, among other things, all of which, it turns out, was grist for the mill.
He resides on the North Carolina coast with his awesome wife, Lulu, and is sustained by the visits home of their three fabulous children.
Website | Amazon | Goodreads | Facebook | Instagram 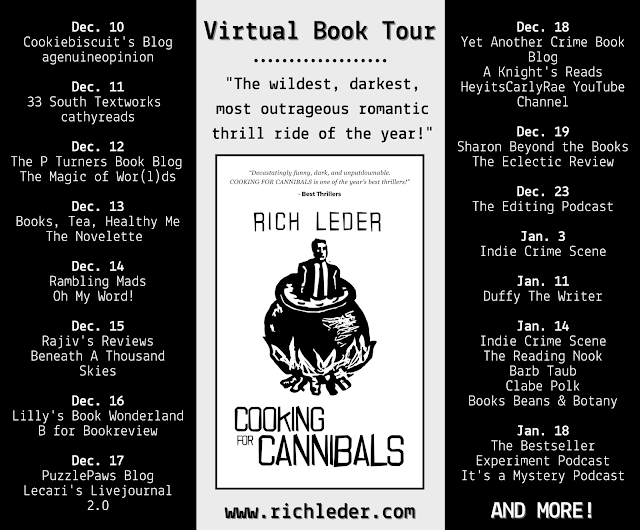