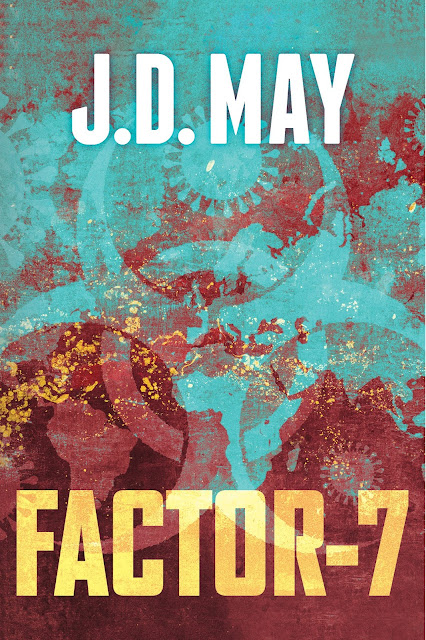 Factor-7 presents a terrifying scenario that's ripped from the headlines. You think it could never happen. Factor-7 will make you think twice!

The life of Dr. Sam Hawkins, the head trauma surgeon at Galveston's St. Peter's Memorial Hospital, is changed forever by the cryptic words of his dying friend, Dr. Bill Roberts, and a string of murders and blatant cover-ups that follow his demise. Sam reluctantly teams up with Dr. Rainee Arienzo, an Italian infectious disease specialist, and together they uncover the terrifying truth about Factor-7, a bio-weapon with a 98% mortality rate.

Dr. Roberts's journal tips them off that a clandestine plot for using the virus is about to be unleashed by a secret society, the Keepers Collegium. The Collegium, an international group of rogue intelligence agents, ex-military, and government officials, has a demonic plan to use the pathogen to destroy anyone who threatens their twisted ideology.

Sam and Rainee can't trust anyone. Danger and deceit are around every corner as they travel the world. They soon realize that public exposure of the evil plot would be as dangerous to the world's security as the bio-weapon itself. The fallout could lead to World War III. Therefore, they must not only shut down the plans of the Collegium, but also keep the top-secret information from ever being revealed. But as they work to stop the plot, Sam and Rainee are kidnapped by the largest Mexican drug cartel. The kingpin, who financed much of the Collegium's plot, wants Dr. Roberts's journal because it lists the names of the major players in the Collegium who had double-crossed him. He plans to carry out his special revenge. And he also has his own plans for Sam and Rainee. In order to survive, Sam and Rainee have no choice...they must play with one of two devils or be burned by both.

Factor-7 is a bucking bronco ride of bio-weaponry, secrets, terror, betrayal, infidelity, raw human emotions and redeeming love. It's a gripping suspense thriller that will keep the reader up all night turning the pages.

ONE MONTH SINCE BILL ROBERTS’S DEATH

Sam tossed and turned that night. He thought he must have looked at his clock fifty times and gotten up to pee just as many. His mind reviewed the morning hours when Bill died. He thought about John Albright and his history with him. He replayed everything that Rainee Arienzo had told him. It was beginning to come together but was still so unbelievable. It was what science fiction movies were made of and couldn’t be real life, but then again, he knew the threat of biological warfare was real. It was considered in the top three threats, right up there with nukes and cyberattacks. The world had seen multiple novel viruses arise in the twentieth and twenty-first centuries. Were these Mother Nature’s hand at work or something else?

But what could a man-made pandemic achieve, and how would it be played out? How could it be proven that the pathogen was manufactured? And if it could be proven, would the major world governments even report that or do anything about it? Panic would spread, causing world economic and collateral devastation. If intentional like Rainee suggested, innocent collateral damage would be a war crime, but who would prosecute? Sam had no idea how he could help with stopping such an atrocity, especially if it was so secret. Dr. Arienzo had no proof. Bill Roberts’s autopsy specimens and blood had all been stolen and most likely destroyed. Where were the pictures taken during the autopsy? Dr. Morris had been killed. Could he have known too much? Sam wondered. There were no breadcrumbs to follow on Bill’s death.

If the pathogen Factor-7 existed and existed for the purpose that Rainee outlined, then the players might be about to engage in the rawest barbarism, and what would Sam Hawkins, MD, do to stop it? So rogue agents or not, there surely was someone in the United States government who had heard about the threat of the Factor-7. No way could something this large not be leaked. So perhaps if Sam did contact someone within the government for help, they might already know. Would that be a good thing or a bad thing? he asked himself. But if they knew the scope of Factor-7 and feared the secret getting out, and Sam and Rainee knew about it, then they could be seen as a detriment…a liability. They needed proof to tell someone in the government, or they didn’t have a chance in hell of getting anyone’s attention. And that proof could also be an insurance policy or a death sentence. Maybe there was no proof. Maybe it was all a big hoax. But he knew that was wishful thinking. If Albright and his cronies were willing to make a bacteriophage to kill people they did not agree with, Sam’s life was not worth a flyspeck to them. If those government officials in charge wanted complete silence to avoid panic, then Sam and Rainee would equally be worthless to them. But Sam knew deep in his heart that Rainee was right. They had to take a chance. They were not people made to do nothing in the face of such an atrocity. They must have proof. Yes, he convinced himself. Knowledge could be dangerous, but knowledge could also save our lives. 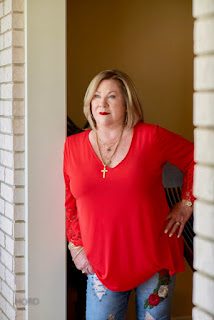 J.D. May is a third-generation Texan and Factor-7 is her debut novel. She lives with her husband in Bayview, Texas, near the Mexican border, and along with books enjoys travel, painting, and animal activism.