Watch Her (A Hester Thursby Mystery, Book 3) by Edwin Hill 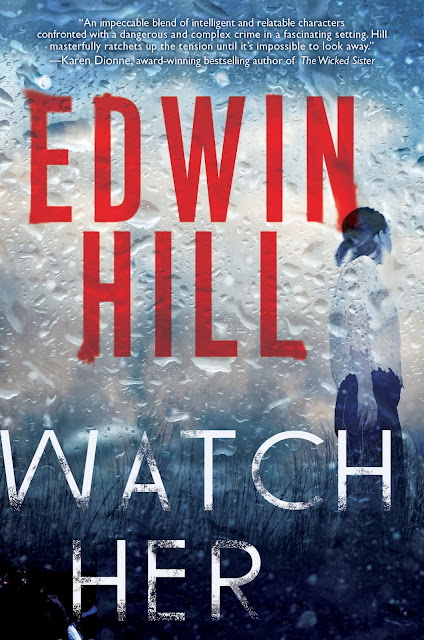 While attending a gala at Prescott University's lavish new campus, Hester Thursby and fellow guest, Detective Angela White, are called to the home of the college's owners, Tucker and Jennifer Matson. Jennifer claims that someone broke into Pinebank, their secluded mansion on the banks of Jamaica Pond. The more Hester and Angela investigate, the less they believe Jennifer's story, leaving Hester to wonder why she would lie.

When Hester is asked by the college's general manager to locate some missing alumni, she employs her research skills on the family and their for-profit university. Between financial transgressions, a long-ago tragedy, and rumors of infidelity, it's clear that the Matsons aren't immune to scandal or mishap. But when one of the missing students turns up dead, the mystery takes on new urgency.

Hester is edging closer to the truth, but as a decades-old secret collides with new lies, a killer grows more determined to keep the past buried with the dead. . . .

Angela White was ready for this night to be over. “Let me take a look around the house and see if there’s anything to find.” She nodded toward Hester. “Come with me.”

Outside, the rain had slowed to a drizzle. “What do you think happened in there?” Angela asked. “You’re good at reading people. Did anyone break into that house?”

“My gut says no,” Hester said.

“Mine too. At least they didn’t file a false report. There’s nothing we can do about this but go home and forget about it. Give me a minute. With all this rain, if someone did climb that tree there might be footprints.”

Angela lifted the hem of her caftan and skirted the house till she came to the cottonwood tree. It had a tall, smooth trunk, with branches high enough from the ground that anyone who wanted to climb it would need a ladder. Her own heels sank into the mud, but the flashlight on her phone showed undisturbed ground. No one had been back here, not tonight.

What a waste of time.

She retraced her steps. In the trees, a twig snapped. “Did you follow me?” she said, into the darkness.

“Did you say something?” Hester shouted from where Angela had left her in the driveway.

Someone burst from the bushes, running straight at Angela and knocking her into the mud. Her phone flew from her hand. She sat up in time to see the person retreating down a set of stairs toward the pond. “Do not move!” she shouted at Hester.

Angela tore across the lawn and down the stairs, running into the dark without backup or defense beyond a handbag clutched in a fist, like the heroine in a bad TV show. This was the kind of decision-making that got rookie cops killed, and when Angela reached the paved pathway at the bottom of the staircase, her better sense and years of training finally kicked in. She leaned over, trying to catch her breath. She’d have to get to the gym one of these days.

Ahead, a couple with a dog strolled toward her.

“Did you see someone running?” she asked, and when the man eyed her with suspicion, she shoved her badge in his face. “Did you see anyone?” she asked again, this time in her Sergeant Voice.

Angela walked the couple around the next bend and waited till they’d climbed into their car and driven away. She peered into the darkness, across the pond. But it was too late. Whoever had run into her was long gone. And it seemed that Jennifer’s story may have had some truth to it after all. 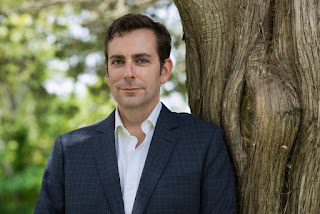 EDWIN HILL is the author of the critically-acclaimed Hester Thursby mystery series, the first of which, “Little Comfort,” was an Agatha Award finalist, a selection of the Mysterious Press First Mystery Club, and a Publishers Marketplace Buzz Books selection. The second installment, “The Missing Ones,” was also an Agatha Award finalist and a Sue Grafton Memorial Award nominee. Formerly the vice president and editorial director for Bedford/St. Martin's (Macmillan), he now teaches at Emerson College and has written for the L.A. Review of Books, The Life Sentence, Publishers Weekly, and Ellery Queen Mystery Magazine. He lives in Roslindale, Massachusetts with his partner Michael and their Labrador, Edith Ann.