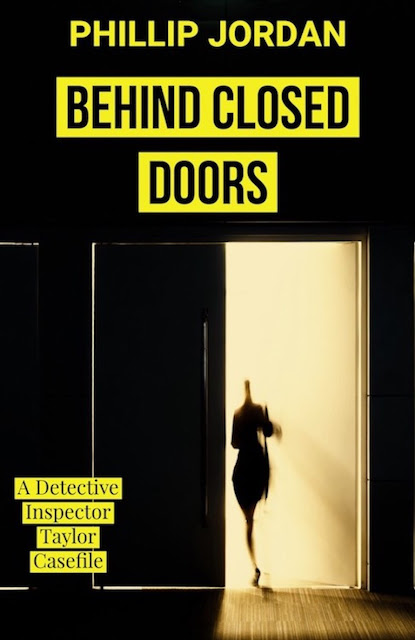 About Behind Closed Doors:

A VIOLENT KILLING. A SUSPECT OFFERING NO DEFENCE. AN OPEN AND SHUT CASE?

Detective Inspector Veronica Taylor is summoned to assist in the aftermath of a horrific domestic incident.

With the suspect offering no opposition to the charges and with witness testimony and his own violent history stacking up against him, the charge officer deems the case open and shut.

As the victim’s influential Mother pressures her police contacts for a quick resolution and with only one lone dissenting voice speaking out, Taylor guided by her own intuition must uncover the circumstances leading up to the tragic events that played out BEHIND CLOSED DOORS.

BEHIND CLOSED DOORS is an introduction to Detective Inspector Veronica Taylor and the gripping Belfast crime series.

Explore the historic yet infamous city of Belfast in this lightning-fast police procedural from a new voice in British and Irish crime fiction that will keep you hooked until its shocking conclusion.

An introductory case-file for fans of Ian Rankin, Adrian McKinty, Stuart Neville and JD Kirk and the TV series 'THE FALL'.

“There’s no clock in here.”

It was an accurate observation. The absence of which prevented a means to pinpoint and measure the passage of time and served to ratchet up the acute anxiety Jimmy Harding was feeling.

He slammed a balled fist against the thick plexiglass panel of a door that had no lock yet couldn’t be opened. The door remained unyielding.

“I need to know about Julie! Is she OK? For God’s sake tell me something!” he shouted.

He slammed his fist home again. Half-heartedly this time. Resting his head against the opaque glass. Tears fell down his face.

Jimmy stalked across the room. Stared at the beady black eye set in the wall at head height above the only other furniture in the room. A table and four chairs. Covered panel lights hummed overhead. Ensconced in the smooth dry lined ceiling.

He looked into the lens. Red eyed, hair askew and hanging on his last ragged nerve.

Detective Inspector Veronica Taylor scanned the charge sheet and glanced up at the large screen that dominated the wall of the observation suite and displayed Interview Room 3.

The voice captured by the AKG boundary microphones in the Interview Room was relayed in total clarity through the FAP-40T in-ceiling loudspeakers above her head. The voice that filled the Obs Suite was strained and creaked on the verge of breakdown.

“I still can’t see why they dragged you in? I’m perfectly capable of handling something like this myself. It’s hardly one for bloody Inspector Morse, is it?”

Taylor ignored the comment. Confirming at least the initial paperwork was in order. Which was something. The suspects face loomed in the screen.

Taylor slipped the charge sheet into the document folder on the desk beside the mixing equipment and the Digital Video and Voice Recorders that monitored the room next door.

“Majorca.” Said the other man in the room. Resentment that his DI was sunning himself in the Balearics while he remained stuck in an unseasonably wet and miserable Belfast evident in his tone.  Body language suggesting that having his interview gate-crashed was also an affront to an equal power.

Taylor looked at her watch and then to the subordinate officer leaning nonchalantly against the door frame.

If CID didn’t work out for him he’d be a good snake oil salesman. Detective Constable Samuel Simpson liked to believe his nickname, Slick, was due to his sharp dress sense and the suave sophistication he reserved for superiors and colleagues of the opposite sex.

Taylor knew however that behind his back any self-respecting WPC and her own Detective Sergeant Robert Macpherson put it down to his egregious oiliness and the half tub of hair ointment that slicked his hair into a style he thought gave him a debonair look.

“Well, have you read enough?” Simpson pointed at the document folder. His enthusiasm to impress those further up the chain of command not extending to her.

Simpson scoffed. Smoothed his skinny spotted tie and adjusted the ostentatious pin that held it in place.

“What’s to explain? Creep shot his wife and child. Had the gun on him when he was lifted and kept telling anybody would listen that he was sorry. No brainer, Veronica.”

“Guv will do, DC Simpson. Make sure any additional reports from the scene or the hospital are legible and accurate when I ask for them. Can you manage that?”

Simpson glowered and then took a seat at the recording console. Hitched up his skinny-fit suit trousers to reveal an inch of sun-bed tanned leg and paisley patterned socks.

“I still don’t see why they dragged you in. This is a hole-in-one.” Simpson tossed a biro onto his spiral notepad.

Taylor tightened the bobble and pulled her shoulder length chestnut hair into a sleek ponytail.

“It’s tunnel vision like that got me involved, Slick.” She said.

“No-one wants your lazy thinking turning this into an Albatross around our necks.” 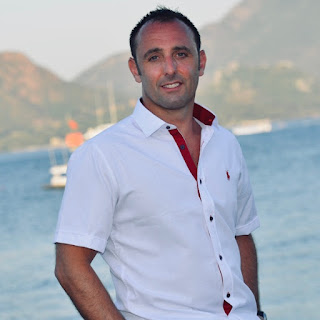 Phillip Jordan was born in Belfast, Northern Ireland and grew up in the city that holds the dubious double honour of being home to Europe's Most Bombed Hotel and scene of its largest ever bank robbery.
He had a successful career in the Security Industry for twenty years before transitioning into the Telecommunications Sector.
Aside from writing Phillip has competed in Olympic and Ironman Distance Triathlon events both Nationally and Internationally including a European Age-Group Championship and the World Police and Fire Games.
Taking the opportunity afforded by recent world events to write full-time Phillip wrote his Debut Crime Thriller, CODE OF SILENCE, finding inspiration in the dark and tragic history of Northern Ireland but also in the black humour, relentless tenacity and Craic of the people who call the fabulous but flawed City of his birth home.
Phillip now lives on the County Down coast and is currently writing two novel series.