They're Gone by E.A. Barres 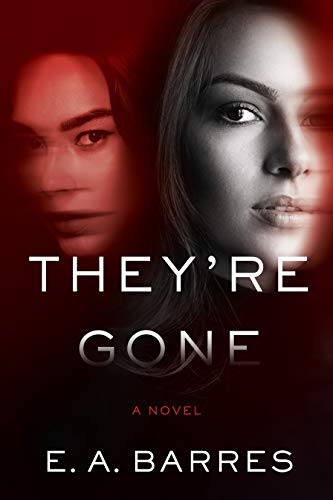 Two women's husbands are murdered on the same night in the same way--and their investigation uncovers a terrifying connection.

Two men from vastly different backgrounds are murdered one after another on the same night, in the same fashion with two bullet wounds: one in the head, another in the heart. The two slayings sends their wives on a desperate search for answers--and a desperate attempt to save their families' lives.

Grief takes a heavy toll on northern Virginia freelance editor Deb Linh Thomas when she learns of her husband's murder. And utter dismay sets in when, just a week after the funeral, she discovers that he had been the subject of an FBI investigation after withdrawing a large sum of money from their shared accounts.

Elsewhere, Baltimore bartender Cessy Castillo is less bereft when her abusive husband, ex-cop Hector Ramirez, is killed. But it turns out that he was deep in hock--and now Cessy's expected to pay up.

Deb and the FBI agent assigned to her case start digging into her husband's murder and learn that he had been the target of criminals. As Deb and Cessy join forces to learn the truth, their investigation reveals an ever-darker web of clues, but if they're not careful, they may just end up like their husbands.

Deb Linh Thomas didn’t understand how she’d slept through the night. Something should have woken her.
The sounds of gunfire, no matter how distant.
Her husband’s soul ripped away.
The abrupt, violent, permanent change to everything she knew.
But Deb had slept peacefully and only woke when she drowsily heard the sirens outside
her home.
Instinctively, her first thought had been about her daughter, Kim, at Washington College. In a panic, she turned toward Grant’s side of the bed.
And that’s when she realized he was gone.
Minutes later Deb stood barefoot in her kitchen, wearing a robe hastily thrown over the
thin T-shirt and shorts she’d worn to bed, numbly listening to two cops tell her that her husband had been killed in a robbery.
This wasn’t something she could have imagined—or accept. Now in her early forties, Deb was of an age when tragedy was striking her friends: rapidly moving cancer, the slow death of parents. But not violence. It felt like the worst kind of horror, one that Deb thought she’d been spared.
And not Grant. He wasn’t a small man, or a passive one. He’d boxed in and after college, and although he didn’t have a temper, people knew better than to test him. For the most part, despite a rueful middle-aged softening, he stayed in shape. He was popular, respected by colleagues and neighbors, always in control—physically, emotionally, professionally. When change happened, it was because of a decision Grant made.
But now that notion seemed hopelessly ignorant.
And terrifying.
Grant had been murdered, and he’d been powerless to stop it.
Men who kill, Deb realized, make their own rules of law, even nature.
And now the laws of her reality were unwritten.
Friends and family soon filled her suburban Northern Virginia home, but Deb was very
much alone. She had to be reminded to eat; her eyes were raw from constant crying; her ribs ached from ragged breaths. Her voice, hoarse and grief-stricken, sounded distant to her ears, as if coming from somewhere buried underground.
Her nineteen-year-old daughter, Kim, returned from college to stay with her. Deb knew she needed to be there for Kim but, for those first few days, the most they could do was cry in the same room and hold each other as if desperately trying to stop themselves from dissolving.
Deb had known Grant was going to die someday, the same way she understood she would also die, but it was impossible to accept.
There, but for the grace of God, went others. Not him. 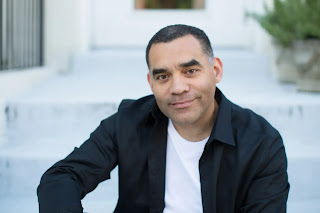 “…one of the most promising and talented hard-boiled crime writers of his generation.” – Vincent Zandri,  NY Times and USA Today Bestseller
Anthony Award-nominated author, E.A. Aymar’s next thriller, They’re Gone, will be published November 10, 2020, written under his pseudonym E.A. Barres.
His most recent thriller, The Unrepentant, was published in 2019 by Down and Out Books and is currently nominated for an Anthony award for Best Paperback Original. His other thrillers include the novels-in-stories The Night of the Flood and The Swamp Killers (in both, he served as co-editor and contributor).
His column, “Decisions and Revisions,” appears monthly in the Washington Independent Review of Books. He is a former member of the national board of the International Thriller Writers and, for years, was the managing editor of The Thrill Begins, an online resource for debut and aspiring writers. He is also an active member of Crime Writers of Color, the Mystery Writers of America and SinC. He also runs the Noir at the Bar series for Washington, D.C., and has hosted and spoken at a variety of crime fiction, writing, and publishing events nationwide.
He was born in Panama and now lives and writes in the D.C./MD/VA triangle.
E.A. Aymar is represented by Michelle Richter with Fuse Literary.