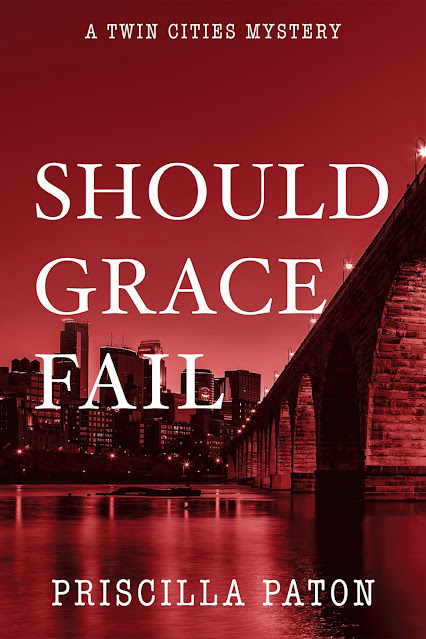 About Should Grace Fail:

When a disgraced policeman who rescues addicts and trafficking victims is murdered, Detectives Erik Jansson and Deb Metzger have their skills put to the test as killers target a vulnerable girl, an empathetic pianist, and a man generous to a fault.

A ladder leaned against the dumpster, and inside, Foster and a woman tech from the medical examiner’s unit bagged the corpse’s hands. Foster mumbled that it felt familiar. The tech asked Foster if he worked many dumpsters, but she cut short Foster’s answering quips by asking Erik to climb the ladder for another look-see. She added that the man died about midnight and there was no wallet bulge in his pants.

“We may have a John Doe moved from the primary crime scene,” Erik mused. The tech counted to three, and she and Foster made the flip.

The bloody corpse stared Erik in the face.

“Out with it, Jansson,” said Foster.

The viscous smell made Erik want to retch and he talked hard through it. “I know him. Ex-policeman, Dan Routh with the St. Paul force. He retired early or was pushed out. Became a vigilante, rescuing addicts and trafficked kids. I never met him in person.” To some on the cities’ forces, ex-cop Dan Routh was a hero, an alcoholic who turned his life around. Others swore that during his heavy drinking phase Routh destroyed another officer’s career. Or saved the force from a corrupt officer, a situation too familiar to Erik, who had suffered his own run-ins with problem colleagues. Enough people in blue reviled Routh that when he was slated to address the 2018 police academy graduation last December, there were nasty protests.

Foster interrupted Erik’s thoughts with “I knew I recognized him.” The M.E. tech reached beneath the body, and when she pulled up her gloved hand it was covered in gore. Foster whistled in surprise.

Foster grimaced. “The buck stops here. This is the crime scene. Dan Routh wasn’t moved. Ton of blood underneath him. Stabbed right here in the dumpster.”

Erik stepped to the ground. This was more than the tired cliché that no good deed goes unpunished. This was the ultimate punishment for good deeds. Here lay a man killed because he did what people like Erik did—took risks to save others. Then a voice, voices, Foster, the woman, were making light of the situation to stave off despair, saying that the detectives waltzed in and took the credit when the techs did all the work. Foster and the tech said that this time Erik was welcome to it. He could bear all the credit (blame, more likely). Too many hot-button issues: a dead peace officer (you’re never fully an “ex” to the force); victimized teens and women; addiction; police corruption; protests. No investigator in his right mind would gladly take on such a case.

Erik had his phone in hand when he heard movement, checked over his shoulder, and saw pretty Officer Dahlberg exit the store and halt. Her words came back to him. Careful, it’s a tricky one, you might get hurt, sir. 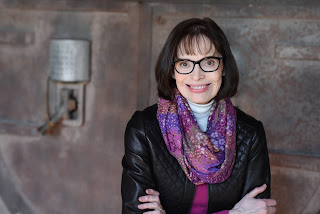 Priscilla grew up on a dairy farm in Maine, a state of woods, lakes, and rivers. She now lives in Minnesota, another state of woods, lakes, and rivers, not far from urban Minneapolis and St. Paul. She received a B.A. from Bowdoin College, a Ph.D. in English Literature from Boston College, and was a college professor. She has previously published a children’s book, Howard and the Sitter Surprise, and a book on Robert Frost and Andrew Wyeth, Abandoned New England. She participates in community advocacy and literacy programs, takes photos of birds, and contemplates (fictional) murder.