Interview with Joe Ricker, author of Some Awful Cunning 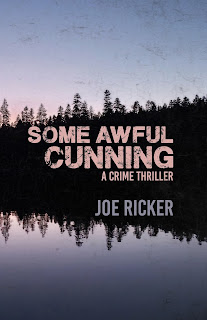 Today it gives the Indie Crime Scene great pleasure to interview Joe Ricker, whose new release, Some Awful Cunning, we featured on June 24.


Some Awful Cunning is your first novel, following on from a collection of short fiction, Walkin’ After Midnight, which was highly praised. Some Awful Cunning is about an underground relocation specialist, Ryan Carpenter, known in the trade as a travel agent. According to the blurb, he quickly finds himself in serious trouble after letting down a client. Can you talk to us about what drew you to write this story?

I was drawn toward Ryan as a character and his profession through all the travelling I was doing. I’d just finished a winter of working in the Maine woods, and I was on the road for my first road trip. I had a pretty tight budget, so I was staying at inexpensive state campgrounds or sleeping in Walmart parking lots. The anonymity of it, of never having to make a reservation or show someone any identification helped me start to shape the story, and Ryan Carpenter eventually evolved into someone who could help get someone through the process of relocating and starting a new life.

The protagonist, Ryan Carpenter, is himself in flight from his past, living under an assumed identity. What’s the significance of this, without too many spoilers?

The fact that Ryan Carpenter practices the trade that gave him a second chance is what ends up creating the most tension in the story. The most important rule that Ryan passes on to his clients is essentially the mantra of his life: This is where you are, and you can never go home. The biggest significance in this is that Ryan breaks the rules, and in order to even things out, he has to break the most important rule he has to escape his disgruntled client.

Reviewing Walkin’ After Midnight, award-winning writer Christopher Coake said: “Ricker writes literary noir. His stories are records of murder and deceit, acts committed by individuals with such considerable damage, and/or in such dire straits, that the actions they commit seem to them logical, and perhaps inevitable.” To what extent is your fiction – and all crime fiction – essentially a morality tale, though seldom in a simplistic way?

For me, the morality I tend to focus on is how a character stands up to the proverbial bully. That’s the subtext in a lot of what I’ve written, especially in the stories that were in Walkin’ After Midnight. In crime fiction, there’s a lot more at stake. It’s not some kid on a playground who’s finally fed up with getting his lunch money taken. It’s a rape victim taking back his or her power, revenge for someone haunted by the loss of a family member to violence, or a spouse/significant other who’s trying desperately to escape a tormenting or abusive relationship. What these people often do is considered criminal, but is it morally wrong? I try to write in a way that shows how it isn’t.

As a genre, crime fiction continues to grow and diversify. What does that mean to you?

In a nutshell, I think people need to stop picking their fiction based on how books are placed on the shelves at Barnes & Noble or what’s on bestseller lists. That’s residual trash from grade school – being told what to read. There are a ton of indie presses out there publishing fiction that covers a wider audience spectrum. I know you can’t judge a book by its cover, but people can read the description on the back. To me, that seems to be a much better way of finding fiction that you can engage with. 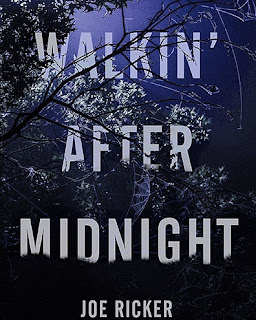 Why is America the cradle of noir as a genre?

It seems to me that America has always been trying to create her own mythology. We had the frontier and people like Danielle Boone, and then the wild west and people like Annie Oakley, Billy the Kid, Wyatt Earp, etc., which seems to be the core of American mythology. That eventually evolved into private detective stories and then a wider breadth of noir and crime fiction.

According to your bio, you have lived and worked in many places, from a spell in the military to a strip-club bouncer, by way of taking a degree in English and psychology at the University of Mississippi. How has this experience informed your writing?

Living, working and travelling to so many different places has given me a tremendous amount of experience with people and different parts of the country to draw upon for my writing. When I was travelling, I’d look for bars with the worst Yelp rating I could find. Then I’d go there. More than a few times, the locals who hung out there would think I was a cop, so they wouldn’t talk to me. I’d throw the bartender a $20 tip on a three-dollar PBR and I’d have the best source of information in town. Bartenders always have good stories. Sometimes, I draw on the English and psychology when I’m people-watching and looking for new characters. I tend to acquire a lot of the villains in my work from coworkers I can't stand. I've also spent a lot of time in the service industry. There's never a shortage of assholes who can inspire a great villain.

Your bio also describes you as “a former bartender for Southern literary legends Barry Hannah and Larry Brown.” Can you tell us a little about them, and the job?

The job was epic. I didn't even know it was the Oxford, Mississippi,"writer's" bar. It was a really fortunate event in my life. Barry and Larry were patrons and we talked about fishing and other authors, but I never really talked to them about writing. Larry didn't like to talk about writing at the bar. Barry would suggest some authors for me to read from time to time. And, of course, both of them knew I was trying to become a writer, so they gave me some occasional encouragement as I slid a drink over the bar to them.

For more than two years, you lived out of your vehicle and traveled the country before settling in Reno, Nevada. What led you to do this and why did you choose Reno? A name that resonates in so many ways…

I have an extremely low tolerance for bullshit. I was trying to work in academia - to navigate that cesspool of bureaucracy, but I just didn’t have what it took I don’t think. I really liked teaching, but I was fed up with the situation - the inconsistent work load from semester to semester and the terrible pay. I was starting to lose my passion for it because it was so stressful. It was also draining a lot of my creative energy. I learned that I could make enough money and gain a lot of experience that I could use for my writing by going on the road. I spent a lot of time in Santa Fe, Albuquerque, and Taos, New Mexico. But I was really drawn toward Reno, or at least spending a significant amount of time there to work on something new. All the stories I'd heard about Reno had a grittiness to them that I wanted to check out. I hadn’t planned on making Reno home. I was pretty content on the road. But I was at a bar with a friend who’d moved out here a few years before when the bartender started talking to one of his friends about some Southern authors that he liked. I butted into the conversation and made some friends. The rest just kind of fell into place. I found work and Reno had everything I loved: hiking, fishing, and dark, smoky bars.

Now that you have settled in one place, what is your daily writing routine?

I usually write when I wake up. The rest of the day I spend taking notes or mentally developing whatever it is I’m working on. Sometimes I write when I get home from work, but I try to use that time to hike and decompress.

What are you working on now?

I’m doing some final touch-ups to two more stand-alone novels coming out with Down & Out Books next year. I’m writing a follow-up to Some Awful Cunning right now.

The stories you tell and your own life-story to date somehow seem uniquely American. Is this true and if not, why not?

I can’t really say if that’s true or not. I feel like I’ve had a pretty unique life, but I'm not traveled well enough outside of the States to saw if that's true or not.

To put this another way, it seemed entirely credible for the Coen brothers to set their version of Homer’s Odyssey in the 1930’s American South. Is there a mythic quality about the USA even in the 21st century?

I think the United States has always been trying to create its own mythology in the same way the Greeks did. But I think the quality of American mythology, specifically what I mentioned earlier, is significantly lacking. So much of the American mythos is saturated with the culture of whiteness. We tend to think of cowboys and noir and the mafia and Irish cops – all demographics fighting for their share of “independence.” But we generally don’t include indigenous people except to exploit them to mythologize the cowboy (or at least we used to). And it seems pretty obvious how we've exploited African-Americans in this country. There's really no end to the culturally diverse demographic that isn't included, and that really needs to change.

Tell us a little more about your characters and the world they inhabit.

I write mostly about the American underbelly, the dark corners and basements and bars that people tell their friends to stay away from. I write about people with scars, people who don't always wear those scars on their skin. The world I put these characters is often dark, and I try to see them find some sort of redemption.

Do you read other crime writers, and are there any you particularly enjoy?

I do read other crime writers. I’m exploring a lot of different authors right now, but my favorite crime writers have to be Patricia Highsmith and Jim Thompson. Will Christopher Baer and Craig Clevenger are probably my favorite living authors. I've been reading a lot of the older pulp, but there are so many great writers out there, I'm always trying to find some new contemporary literary heroes.

What else do you read, or watch? Are there any guilty pleasures?

I try to keep a pretty diverse reading list by including nonfiction and poetry. I really like Disney films, honestly. There’s something incredibly liberating about watching a cartoon for the first time without some little brat ruining the ending for me.

Amazon | Down and Out Books 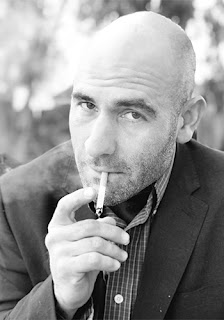 Joe Ricker is a former bartender for Southern literary legends Barry Hannah and Larry Brown. He has also worked as an innkeeper, cab driver, acquisitions specialist, Kirby salesman, professor, lumberjack, ranch-hand, and strip-club bouncer. He grew up in Maine, attended Marion Military Institute in Alabama, and pursued a degree in English and psychology at the University of Mississippi. For more than two years, Ricker lived out of his vehicle and traveled the country before settling in Reno, Nevada, where he hikes daily with his four-legged partner in crime.