The Pinched Pisarro by Will Briggs 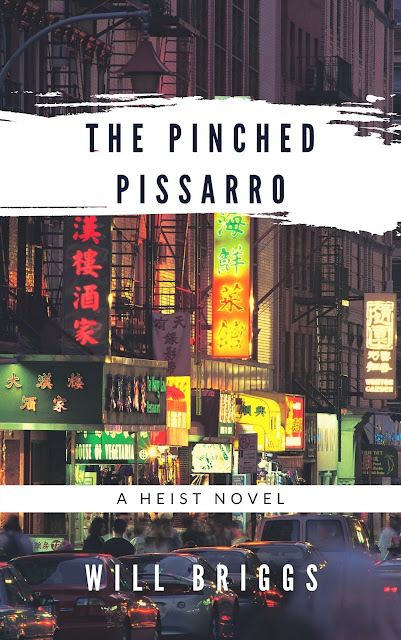 About The Pinched Pisarro:

Sam Powell is a down on his luck con-man on the run from a vindictive ex-con whom he has double crossed.

His luck turns when he’s given one last shot at working for a criminal organization led by an enterprising Park Avenue butler. His mission: steal an invaluable Pissarro from one of Manhattan’s richest socialites.

However, Sam’s ex-partner (who happens to be his ex-girlfriend) doesn’t want anything to do with him so he’s forced to recruit his unwitting neighbor, a struggling piano tutor named Wendell Hoyt, to help.

Sam and Wendell find themselves pitted against a psychopathic hit-man, a criminal organization, and Wendell’s authoritative aunt.

Together they could end up millionaires...if they survive.

Wendell poured himself a shot of bourbon for the pain. Downing it, he shivered, but felt somewhat better. Next, he poured two drinks and handed one to Sam then sat across from him, perched on his piano stool.
“This is your place?” Sam asked staring at the cluttered bookshelves and single landscape painting which hung crookedly over the bar.
“It’s my mother’s technically. I’m living here temporarily. I’m between jobs at the moment,” Wendell explained. He held a bag of frozen peas against his head, blinking sporadically to cope with the flashes of pain. “I offer piano lessons to the urban youth.”
“So, you’re the one who plays,” Sam said very much amused by Wendell’s stiff, brown suit, exaggerated mannerisms, and peculiar, stilted way of speaking. “I hear you randomly. You know, I always wanted to learn.”
“I’m afraid I don’t have a business card to give you. They were too costly to re-print, but I have openings if you’re interested. God knows I need more pupils.”
“Times are tough, are they?”
“In today’s world the value for an artist is at an all-time low. To be successful you must be commercial. To be commercial you must pander. To pander you must sell your soul. What can I say?”
“An artist, huh?” Sam finished his drink and rose from the couch to inspect the books. He didn’t recognize any of them. “I’d like to get lessons, but I’m afraid I’ve never been a good student. Tell me, is your mother here?”
“She’s at the hospital and will be for a while. She had an accident.” Wendell watched Sam inspect the apartment and asked, “Why was that man after you exactly?”
“Can I consider this conversation a private one?” Sam asked.
At length, Wendell nodded solemnly. “You have my word.”
“Then let me explain.” Sam stared up at the speckled ceiling as he formed a believable story. “The brute who hit you was an associate of mine. We were planning on opening a restaurant and bar together. To secure a liquor license, under the table, I had given him quite a large sum in cash.”
“That was your first mistake, wasn’t it?” Wendell said, consolingly.
“I know that now.” Sam shook his head mournfully. “He never managed to get the license, but he kept the cash.”
“Naturally.”
“Upset, I decided to take back what was rightfully mine, which I did successfully. Now he wants the cash back.” Sam shrugged, as if to indicate that these things happen in the course of normal business affairs. “My only regret is that you got mixed up in this whole thing. For that, I apologize.”
“That human greed and avarice has created this mess does not surprise me.” Wendell finished his drink and rose to refill their glasses. “If I can’t go to the police, perhaps I can go to the FBI. This man, Lloyd, should be stopped and held accountable by higher powers. For your sake and for mine.” 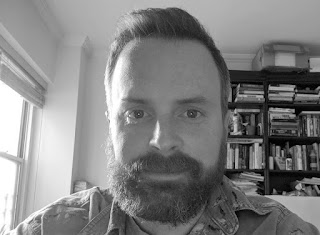 An avid reader of 20th century English literature and American noir, Will Briggs writes pulp and science fiction books. He counts as his heroes: Waugh, Wodehouse, and Woolrich.