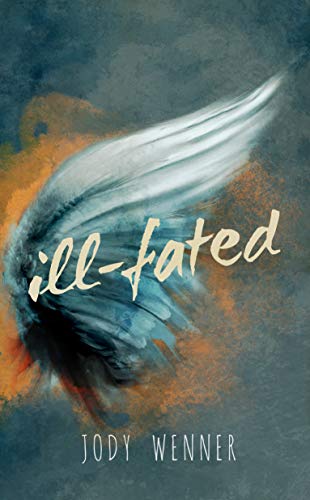 When Shana’s father joins a cult, she tries to find someone, anyone who will help her. Unsuccessful, she takes on the monumental task of fixing it herself. Eventually, she gets some support from the families of the other followers. Adding to her problems, the person she connects with the most is the leader’s son. She figures that's the worst of it, until the rest of the group is found dead, and her dad is charged with eleven counts of first-degree murder and arson. With the trial looming, everything starts to nosedive as new revelations about the cult and their bizarre philosophies come to light. Shana’s confidence in her dad begins to waver. Maybe he isn’t a victim after all?

Shana realized she’d made a mistake, but it was too late to turn back now. There was nothing out here except darkness and her thoughts, and she was tired of thinking. It was practically all she’d done for the past five years, and still nothing made any sense to her. Her life felt like an allegory. Maybe she’d been reading too much Plato. She was trying to answer questions, but all she seemed to know for sure was that she wished she had taken the highway instead of this creepy back road.
It was early spring, and the streets were decimated with potholes and loose debris—a gift left from winter. There were no streetlights along this stretch either, which didn’t help Shana’s unhinged state. She glanced down at the car door to make sure it was locked. Along with the darkness, it was too damn quiet. Her radio was broken. She could listen to a podcast on her phone, but that seemed like a terrible idea given the circumstances. Her life had basically turned into a true crime series all on its own. Besides, she didn’t want to drain her phone battery in case she broke down or got lost out here. Both seemed like real possibilities. She shuddered at the thought.
She hit a rough patch in the road. Another allegory.
The headlights on her old car flickered, casting weird shadows in the trees. Reining in her wild imagination before it strayed anymore, Shana focused her tired eyes straight ahead on the lines in the pavement in front of her, blocking out everything else. If there was one thing she’d learned in the past five years, it was that she only had control over so much, but she couldn’t give up. Not now. She was so close. She gripped the wheel tighter and pressed on.
By the time she reached her exit, it was nearly seven in the morning. The sun was starting to bend around the world, and she had to squint to see as the light reflected weirdly off the crack in her windshield. She needed a new car, but that was the least of her concerns at the moment. Shana slowed and made a left onto a nicely paved street. It was a smoother, more traveled path, which meant she was almost there.
Wanting to breathe a sigh of relief, she felt more scared than anything. What would he would look like? It had been over a year since she’d seen him. And the last time she had, he was so different she didn’t recognize him, mentally or physically. She was frightened of the person her father had become. The person she knew and loved never would have ended up in a place like the one she was headed now to see him. Jody Wenner started writing for her high school newspaper and was hooked when one of her op-eds made it to the local gazette, prompting a response from the editor. She is a Twin Cities native. When she's not spending time being a wife and mother, you will find her crafting up a storm.