What I Did For Love by Mickey J. Corrigan 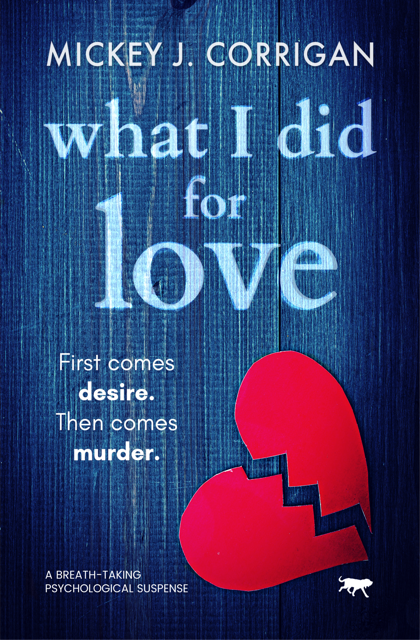 About What I Did For Love:

What happens when a teacher falls for her student?

After her seventeen-year-old student fails to live up to his potential in class, Cathriona O'Hale conducts a parent-teacher meeting with the boy's widowed father. He is attractive, intelligent, and exceedingly wealthy, everything an unmarried middle-aged woman would normally find appealing. But O’Hale is not your average forty-something. She's a wild card who has a crush on the man's teenage son.

As the relationship between O’Hale and the man blossoms, she finds herself juggling father and son while battling the true source of her lust and forbidden love.

So when the father proposes, O’Hale has a choice to make -

And when her decision is made, the consequences might just be deadly…

My story is a tangle of roses, stones, and broken glass. Someone had to bleed.

"If he doesn't turn in the paper by Monday, I will have to give him an incomplete for the term," I told Mojito's father, a tall graying man with a sincere handshake and a shy smile. "And I don't want to do that. He could do so well if he took the time to focus on this class."
I always said that kind of thing to the concerned parents. Usually, it was bunk. But in this case, it was largely true. Mojito was not like most of my students. They tended to be disinterested kids of average intelligence with zero motivation to tap what they'd been given. Mojito was different. Capable, ambitious, and from what I could see in class, highly intelligent.
Mr. Mojito nodded, his handsome face serious. "I understand, Ms. O'Hale. I will make this quite clear to him tonight at dinner." He began to rise from the metal chair, then sat down again with a sigh. He looked at me across my cluttered desk. His eyes were like a wolf's, but lacked guile. I thought he might be a good man. "His mother left us when Mojito was only six. I have done my best but I can only pray he doesn't go off-track."
The way he was looking at me indicated his mind was not on his son's immediate future but, instead, his own.
He cleared his throat. I thought, here it comes. The why don't we continue this discussion over a nice bottle of wine?
I stiffened. Yes, he was attractive. And he dressed like he had class, and plenty of money. But I would never date the parent of one of my students. One of my students, maybe. But not the old man.
He caught my eyes and scooped them up, his smile so sweet it was unnerving. "I was wondering…"
They are always wondering, these mature self-confident men. Wondering what it would take to seduce their kid's teacher. The old maid who existed only for her students. A creature of negative space who lived alone, drank tea with lemon, and pet her slinky cat while marking up homework papers in red ink.
"Would you join us for dinner one night? We would love to have you to the house. Mojito speaks highly of you. He tells me you have read all the classics. I too love literature."
Mr. Mojito reached over to put a hand on mine. His skin was cool, pampered, soft. Yes, he was definitely wealthy. This was not a man who held hammers, crowbars, tire irons, dead fish. His manicure was nicer than mine.
Swiftly, I stood up, pulling my hand away. Then I thanked Mr. Mojito for meeting with me to discuss my concerns about his son's schoolwork.
And so it began. The beginning of everything, the end of everything. How poetic. For so long I was nobody. Now I am everybody's nightmare. 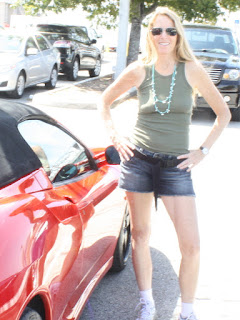 Originally from Boston, Mickey J. Corrigan writes Florida noir with a dark humor. Project XX, a satirical novel about a school shooting, was released in 2017 by Salt Publishing in the UK. Newest release is What I Did for Love, a spoofy crime novel (Bloodhound Books, October 2019).