Come Find Me by Casper Valentine 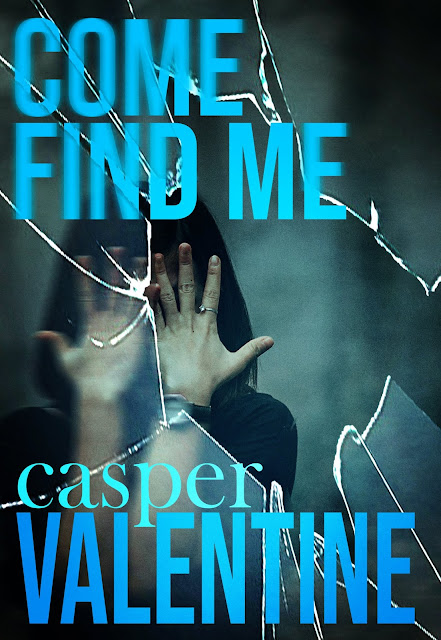 About Come Find Me:

Come find me...
Ever since they were kids playing hide-and-seek, Narcotics Detective Nate Randolph took care of his troubled half-sister. When he discovers her missing one morning, Nate immediately knows something is wrong. As a single mother she's had her struggles, but Ruby would never run off and leave her baby all alone. Not even before she got clean.

Come find me...
Nate is under no illusions. Each day that passes diminishes the chances of finding his sister alive. But he's not about to give up. Not when a shred of hope remains to solve her kidnapping. Not when a beautiful colleague offers to help. And definitely not when his sister's plea echoes day and night in his mind.

Come find me...
When the Narcotics Task Force goes up against the Armenian Mafia, both investigations unexpectedly collide. Explosive revelations that tie past to present push Nate to the edge.

And everything is on the table when a man is desperate.

While she was in a drug-induced haze, Ruby was playing with Keith, rubbing his chin, watching him smile and coo, a stream of baby drool dangling from his puckered lips. When the drugs wore off, and her perception returned to the dark room, she smelled mildew and mold.
Immobilized, all she could do was pray the rats stayed away. Ruby knew they were there, she could hear the scratching, gnawing, and rustling. She could feel her bare feet against cold concrete and knew it was only a matter of time before the tiny but sharp teeth were feeding on her toes. Maybe they would only eat a few and spare the rest.
Ruby screamed until her throat was raw.
Between waves of fear and panic, she cried.
Finally, she would feel the pinch of the needle piercing her skin again, and the welcome sting as the poison entered her vein. She knew it would bring back the haze. Ruby wanted to stay there, but she had to fight her way out of the fog, and back to the cold dark room. It was those moments of lucidity that gave her a chance of survival.

Boniva loved gear, and her type of gear wasn't a fresh hoody or some brand-new kicks. Gear was what she called speed, cocaine, Molly, ecstasy, or Adderall. Out of everything, cocaine was her favorite.
"Nate, get me some nose candy," Boniva was already cooing in a pathetic little voice. She was lying on the bed, a sheet covering all but one of her long legs and part of her pale backside.
Nate Randolph wasn't much for cocaine but wasn't opposed to a line or two, from time to time. Six months after joining the police force, he did his first bump, though his experience with drugs and alcohol began far earlier. He started drinking when he was twelve, steroids at eighteen, but no coke, until four years ago. He was just shy of his twenty-seventh birthday.
"I'll get you some damned nose candy. Just get dressed so we can get out of this shit-hole motel," Nate told Boniva as he tucked a black polo shirt into faded jeans.
Nate had a decent apartment on the lower west side of Cincinnati, but he only took Boniva to motels. He was afraid she'd get in one of her moods and start breaking stuff or run off with anything she could find of value.
Nate had known Boniva since they were thirteen. He’d met her where they grew up, in Highpoint, an area that got its name from its spot at the highest altitude in Hamilton County, just northeast of Cincinnati. It was home to low-income, predominately Caucasian families, and they were commonly referred to as white trash.
Nate and his half-sister, Ruby, were raised by their grandmother. Grandma did the best she could, and Nate didn't realize how dysfunctional his family was until around the age of twelve. That's when his best friend Jeff started asking questions.
"Hey Nate, where's your mom at?" he’d say, or, "Why does your grandma talk funny?"
Nate thought it was normal to have an alcoholic grandma, and a mother that never came around. His father, when not in jail, had a different girl in his bed every night. Nate didn't even question why his sister's skin was a different color than his own.
Boniva finally moaned and crawled out of bed. Meanwhile Nate used gel to spike up his dark hair, which was a bit too long. He dabbed on some cheap cologne while Boniva put on a little black dress and threw her blonde mop into a messy ponytail.
Now sober, Nate was thinking about bodily fluids soaked into bedsheets, and a shiver ran down his spine. Not wanting to linger in this rathole a minute longer, he grabbed Boniva’s hand and yanked her out of the room.

Casper Valentine just published his second novel. He loves reading, watching TV, and has been crafting stories since he was little. A few of his favorite authors are Harlan Coben, Elmore Leonard, and Joe Lansdale. Some of Casper’s favorite shows include Shameless, Hap & Leonard, Breaking Bad, and Rescue Me. When not writing, he spends time with his family and his two dogs, Rocket, and Racer.