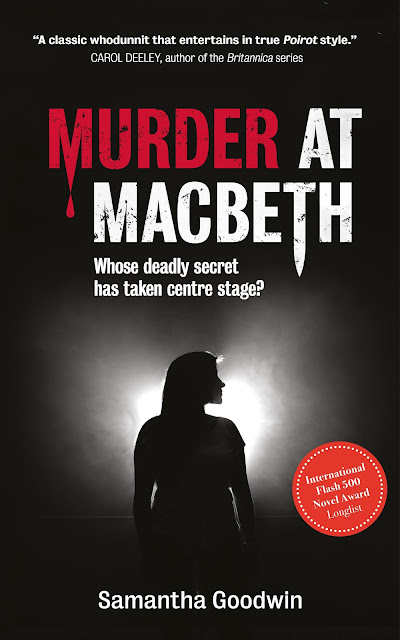 About Murder at Macbeth:

Whose deadly secret has taken centre stage?When a talented, young actress unwittingly stabs herself live onstage after a prop knife is tampered with, suspicion immediately falls on her eclectic band of castmates.

But who had the motive to kill the show's leading lady?

As the insightful, yet disillusioned, Detective Inspector Finley Robson and his shrewd partner, Detective Sergeant Nadia Zahra, interrogate the seven key suspects, secrets unfold to unveil a web of scandal, blackmail, and deceit.

Bitter rivalries, secret trysts and troubled pasts are just the beginning of the story…


The Way to Dusty Death

Nikki Gowon was dead. Neil Hillton was sure of it. Dumbfounded, he stared blankly down at the young woman’s lifeless body. A crimson stain had blossomed on her white dress like a macabre flower and a pool of blood was seeping out from beneath her, discolouring the wooden floorboards. Her dark, tangled hair resembled a spider running across the stage. The sharp knife had clattered to her side, where it lay forgotten, the blade glinting ominously red.
A hushed silence had fallen backstage, punctuated only by Megan’s intermittent sobs. A sense of complete and utter panic was setting in fast. Beyond the red velvet curtains currently obscuring the stage, Neil could hear the distant murmuring of the impatient audience waiting for the next act of the play to commence. Of course, they could never have guessed the real reason for the delay.
What exactly was he meant to say? Oh, so sorry for the temporary setback but our lead actress has just been killed. I do apologise for the inconvenience.
As a seasoned London theatre director, Neil had experienced his fair share of live disasters over the years, but tonight’s current predicament made all those previous quandaries fade into insignificance. He couldn’t foresee how the old showbiz adage ‘it’ll be alright on the night’ applied here.
It most certainly will not be, he thought bitterly. Everything will definitely not be alright in this scenario.
Neil was painfully aware he should have already sprung into action. But he felt rooted in position, rigid in shock. He was at a loss to explain the circumstances leading to this horrific moment. All he could think about was the motionless body of the beautiful young actress slumped across the stage.
His stage.
He was vaguely aware of the other cast members milling around him in equal states of shock and confusion. A grief-stricken Jimmy knelt on the floor unmoving, staring down at Nikki’s still body in disbelief. His trembling hands were pressed against the ugly stab wound in her abdomen in a vain attempt to stem the gushing blood flow.
Neil regarded the desperate lover grimly. It was already too late for such heroics.
Ben stood awkwardly to the side of Jimmy, hand placed stiffly on his shoulder as though it offered some semblance of comfort. Standing behind them was Violet, frozen still as a statue, silent tears rolling down her rosy cheeks. Eyes wide, deep blue pools of despair. The teenage girl frustrated the hell out of Neil. Sure, she served her purpose and had proved eager to offer her help and assistance as a dutiful stagehand. But recently she had taken to following him around like a lost puppy, as though she was afraid to be left alone. It had been driving him crazy.
An inconsolable Megan started wailing hysterically. Clutching her boyfriend, Peter, she sobbed as he gently stroked her hair in a futile attempt to calm her. Neil had half a mind to berate her for crying so loudly the audience might be able to hear, but he restrained himself. While the audience’s opinion was usually paramount, this was hardly a run-of-the-mill night. 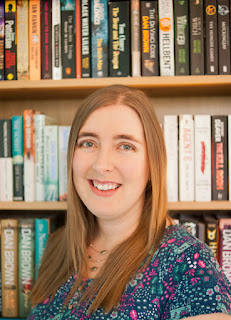 Samantha Goodwin has written professionally for her business career as a Chartered Marketing Manager for over a decade before turning her hand to fiction. As an avid crime fiction fan, she regularly participates in the renowned Theakston Old Peculier Crime Writing Festival in Harrogate and completed their prestigious Crime Writing Creative Workshop. She also relishes attending literature festivals across the country as well as engaging in numerous online writing communities.

Keen to support upcoming authors, Samantha recently launched the #IndieWritingWisdom initiative on Instagram to collate and share inspiring, original quotes from a wide range of different writers to encourage others.

When she is not writing, Samantha enjoys reading, countryside walks, movies, musicals and almost all chocolate (but controversially not Oreos). She lives in Leeds with her husband, Chris, and son, Jack.

Murder at Macbeth is her first novel and was longlisted for the international Flash 500 Novel Award in 2017.