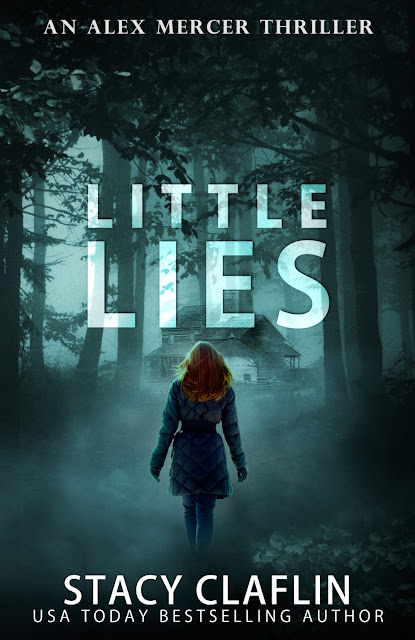 He’s dedicated his life to saving missing persons, but will it be enough to save himself?
Alex Mercer traded in his troubled past to protect the powerless. His blog for tracking down missing persons got his foot in the door at the police academy. But on his first day of training, a heroic act drops him into the hands of the captors he once hunted.

Zoey planned to tell Alex how she felt the night he disappeared. As she and Alex’s family discover the bloody signs of his fate, past regrets and dark secrets begin to come to light. It’s enough to tear Alex’s loved ones apart.

Without hope of rescue, Alex must rely on his cunning to escape captivity. In his line of work, he knows all too well that each passing hour could kill his chances of survival…

Alex Mercer sang along with the radio and tapped his fingers on the steering wheel. Nothing could break his good mood. Not today.
It was his first day of the police academy. He was even set to arrive early. After everything he’d gone through to get to this point, he wasn’t going to let anything get in the way of his plans.
His favorite song from high school played over the speakers. That had to be a sign of good things to come. He hadn’t heard it in years, and yet it played for him today of all days.
Alex turned up the volume and practically shouted the words. He pressed the gas pedal a little harder. The long, winding two-lane road surrounded by evergreen forest didn’t have another car in sight.
Over the past year, his life had been turning around piece by piece. Now that he was about to become an academy cadet and had just moved into his own place again, he could actually call life good.
To top it all off, he even had a party to attend in the evening after the orientation. It was only a few days before Halloween, and his twelve-year-old daughter Ariana was throwing her annual party for her favorite holiday. And now that Alex was back in her life, he’d even been able to help her with the preparations. What a treat that had been—watching her eyes light up as they planned and got everything ready. Some of the ideas he’d given her he’d meant as a joke, but to his surprise, she’d loved them.
Everything in his life was a stark difference from what it had been a year earlier. He’d been lonely, depressed, and alienated from his family, and his only friend had been the local bartender. Alex’s job had provided nothing more than long, tiring hours that earned him only a dilapidated, smelly apartment.
The song faded and a commercial started. He turned down the volume and glanced at the GPS.
Ten more minutes.
Alex’s heart sped up. He, the guy who had barely graduated high school and had managed to destroy his life, would soon be a police officer. The academy was only a few miles away.
His cell phone buzzed with a text. He glanced at the screen next to the gear shifter.
Nick: Good luck! I put in a good word for you.
It really was the perfect day. Captain Nick Fleshman, the one who had convinced Alex to join the academy, knew some of the guys there. Alex hadn’t asked Nick to say anything to them, but his friend was almost more excited about Alex joining the force than he was. It had been Nick’s idea, after all.
Alex resisted the urge to respond to the text. The last thing he needed was to break the law on his way to the first day of academy. He’d wait until he parked.
As he rounded a bend, a silver SUV came into view on the other side of the road. It was flipped over onto its roof.
Alex slowed to a near-stop. The vehicle appeared to be empty. At least in front. The back windows were tinted black, so he couldn’t see inside.
A quick glance around showed there wasn’t anyone outside, either. But he couldn’t see around to the other side.
Why would someone abandon their car before the police or a tow truck got there to help them?
He pulled over to the right so he could call nine-one-one and report the situation. Once unlocked, the screen went immediately to Nick’s text. Alex sent a quick thanks and then dialed the emergency number.
Just as he was about to press call, a girl with long messy hair sticking out in every direction stepped around from the back of the SUV where Alex hadn’t been able to see from his angle. She wore a red shirt—or was it bloody?—and looked about Ariana’s age.
Alex’s heart jumped into his throat. What was she doing out there alone? Was she hurt?
He dropped the phone and scrambled out of the car, not bothering to close the door. “Are you okay?”
She only stared at him.
“Where are your parents?”
Her eyes darted back and forth, then she held Alex’s gaze, her eyes widening. It was almost like she wanted to tell him something.
Alex looked both ways and crossed. “Are you too hurt to talk?”
The girl shook her head. Just barely, though. If he hadn’t been paying attention, he’d have missed it.
As he stepped closer to her, she backed up.
“Where are you hurt?” Alex asked. “I have a first-aid kit in the trunk. And I should call for help.”
“I’m sorry,” she whispered.
“What?”
Something hard hit Alex in the side of the head.
Everything went black. 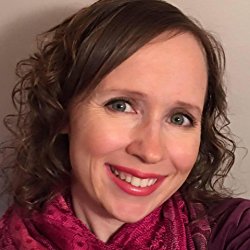 Stacy Claflin is a USA Today bestselling author who writes about complex women overcoming incredible odds. Whether it's her Gone saga of psychological thrillers, her various paranormal romance tales, or her sweet romance series, Stacy's three-dimensional characters shine through.

Decades after she wrote her first stories on construction paper and years after typing on an inherited green screen computer that weighed half a ton, Stacy realized her dream of becoming a full-time bestselling author.

When she's not busy writing or educating her kids from home, Stacy enjoys watching TV shows like Supernatural, Pretty Little Liars, and Once Upon a Time.