The Evolution of a Serial Killer (DCI Morton Crime Novels, book 6) by Daniel and Sean Campbell 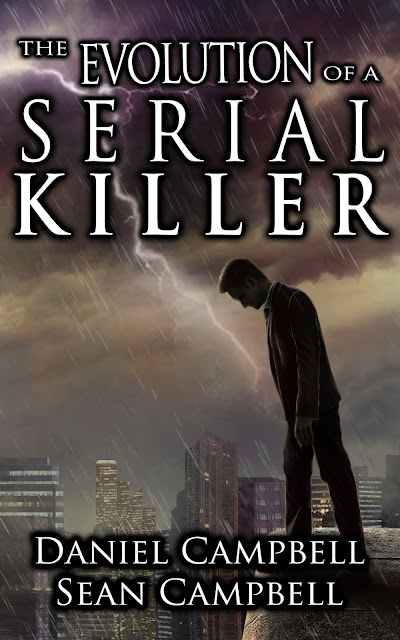 About The Evolution of a Serial Killer:

Sidelined and alone, DCI David Morton is relegated to the role of teacher. His task is to train the bright young things that will one day put him out of a job.

But hiding among the eager faces of the next generation is a talented student with murder in mind.

When Morton sets his class the challenge of showing how they would commit the perfect murder, the exercise results in his hardest case yet as he has to hunt the killer he helped to create.

The Evolution of a Serial Killer is the sixth stand-alone DCI Morton crime novel.

‘Sir, how do you know you’re catching the really smart criminals? Aren’t the truly smart criminals those you never even investigate because they didn’t leave any evidence?’ The man spoke quickly, the words running into one another breathlessly. A verbal machine gun firing at full pelt.
‘And you are?’
‘Crispin Babbage, sir.’
Morton glanced at the clock. Half past ten. It was going to be a long day. ‘Well, Mr Babbage, I can’t disprove the existence of something for which we have no evidence. What I can say is that for every ten bodies, we get nine convictions. That’s higher than virtually anywhere else in the world.’
‘But, sir, what if they were so devious that they never left a body for you to find? Who are the one in ten who get away with it?’
Morton waved for Ayala to click over to the next slide.
‘They, Mr Babbage, are the dangerous ones. I don’t fear the axe-wielding maniac or the wife-beating coward. I don’t even fear the spectre of a serial killer. The murderers we have to worry about aren’t the mentally ill or the dregs of society. The true evil is the emotionless psychopath, the man or woman who can look at you and make a cold, calculating decision based on whether or not they will benefit from your death.’
Babbage’s hand shot up again.
Morton exhaled deeply. ‘Go on, Mr Babbage. One more question, and then I’m going to have to ask you to keep your hands to yourself for the rest of this presentation. Otherwise, you’re all going to be working right through lunch.’
At this, a collective groan rose through the room. Babbage grinned sheepishly, seemingly oblivious to the other trainee detectives staring daggers at the back of his head.
‘Sir, how many psychopaths are there? Didn’t Neumann and Hare think it was about 2% of the population?’
Morton felt his eyebrows arch into a frown. Bloody know-it-alls. ‘Mr Babbage, did you just ask me a question you already know the answer to? Brown-nosing is unwelcome in my classroom, and it won’t do you any good, anyway. I’m not going to decide which of you get to become detectives. If you’re looking to curry favour, then feel free to leave a bottle of Scotch on my desk, preferably one older than you are.’
‘But, sir, I wanted to know how many you’ve come across. It can’t be that hard to plot a murder, can it? Surely, any intelligent person could get away with it if they put enough time and effort in. You can’t be that much smarter than them, can you, sir?’
Morton glared. If Babbage wanted to match wits, Morton would gladly school the arrogant young man. He smiled politely, the kind of smile that doesn’t reach the eyes, and watched as Babbage melted back into his seat, slinking down under Morton’s glare. He made a decision on the spot. Babbage needed to be taken down a peg or two.
‘Let’s find out. Homework!’ Morton cried. ‘I want each of you to spend the rest of the day planning how you’d kill Detective Ayala, here. I want the specifics. You tell me how you’d do it, and I’ll tell you how I’d catch you.’

About the DCI Morton Crime Novels: 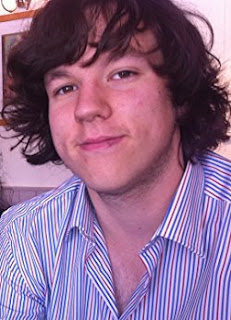 I'm the brains behind Dead on Demand which I co-wrote with my less intelligent, and less attractive older brother.

As you can tell, I'm also extremely modest and witty too.

My debut novel started out as a challenge - I've never written anything before (bar my own name, and even then I sometimes misspell that).

I wanted to prove that anyone, no matter what their background, could write a novel in just 90 days. I ended up finishing in just 48 days including writing it, editing, formatting, cover art, publishing and marketing.

All this, at the same time as doing my GCSE exams. So if you're thinking about writing a novel, then give it a shot. If I can do it, I'm sure you can too. 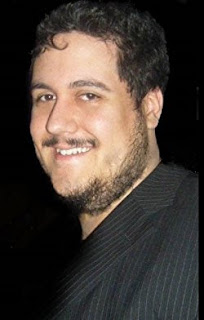 Sean Campbell was born in Portsmouth, England in 1988, and has lived in London since 2010.

After graduating from the University of Portsmouth School of Law, Sean trained as a Barrister, and was called to the Bar of England and Wales in 2011.

Together with his brother, Dan, he is the author of the DCI Morton series of crime novels.