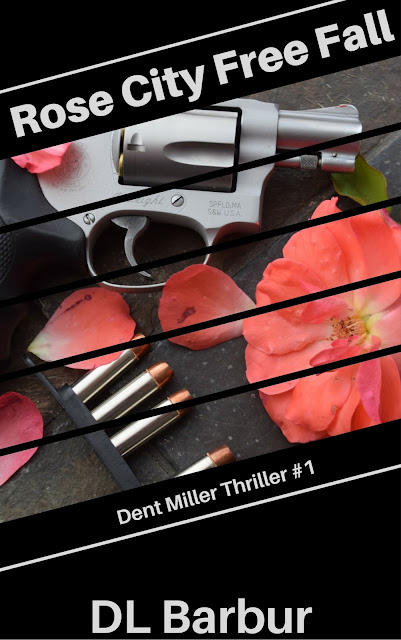 Dent doesn't have faith in much, but he believes in justice. One night he is called to investigate another tragic, but routine homicide. Soon, he realizes everything he believed was a lie.

Framed for trying to kill his partner, he isn't sure who to trust as he confronts a shadowy human trafficking ring that is willing to kill to hide the truth.

Dent Miller is a man in free fall. He must identify and close with his enemy before they destroy him

This thriller from debut novelist DL Barbur is chock full of gritty, realistic action. The tension builds non-stop until the final, explosive ending.

"I heard him coming, heard the squeak of his sneakered feet on the curling linoleum of the apartment hallway, heard him panting as he ran. Meth was bad for your cardio fitness, I guess. The screen door flew open and I got a flash of a scrawny white dude in a blue satin track suit two sizes two big for him, baseball cap backwards. Scruffy attempt at a beard. It was Wendt for sure.

I don't like to brag, but I timed it perfectly. I flicked my wrist out and up, and the metal baton went from being eight inches long to twenty one in an eye blink. The telescoping metal shafts locked into place and the round steel tip landed exactly on the tip of Wendt's elbow with the sweet smack that I associated with a baseball heading for the fence. I heard bones crack. Out of the park baby.
I brought the ASP back for another shot, yelling "Portland Police, get down on the ground!" Wendt gave an inarticulate little moan and grabbed his suddenly non-functioning right arm with his left hand. Perfect. He wasn’t even thinking about his gun.

"Stop resisting!" I yelled as I unloaded the second blow, lower this time. His knee cap popped with a sound like a coke bottle breaking. He bounced down the steps and onto his face before I could get the ASP back for a third blow. Two shots would have to do. I'd ambush a guy, but hitting him while he was down wasn't right, unless he looked like he was thinking about getting back up.
Wendt showed no sign of going anywhere. He was laying face down in the dirt, making mewling kitten noises.

When I grabbed his right arm and bent it back behind his back, it felt like it was full of broken glass and gravel.

He screamed. I ignored him and cuffed him up, then patted him down real quick, arms, legs, back of his waist band. I didn't find anything but I could tell the elbow and knee were already swollen. Looked like we would be stopping at the hospital before we went to jail.

"Quit your bitching. You’re under arrest." I rolled him over on his back, now his weight was on his broken arm and he screamed again.

There it was, tucked in his waistband, a cheap Brazilian 9mm, bright chrome, fake mother of pearl grips, fifteen round magazine.

"Dent? Dent?" It was Mandy's voice in my radio earpiece again.

She popped around the corner a second later, looked a little annoyed when she saw Wendt trussed up on the ground. I hoped she didn't think I'd cut her out of the action on purpose. I'd talk to her later. The irritation only lasted for a second, then she broke out in a grin. 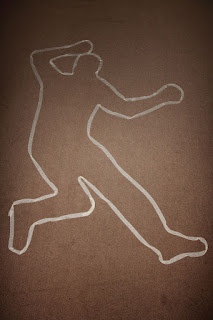 DL Barbur lives in the foothills of the Cascade Mountains, but regularly ventures into Portland. He’s been a deck seaman, police officer and hamburger flipper. He enjoys blues guitar and black coffee with an oily sheen on top.