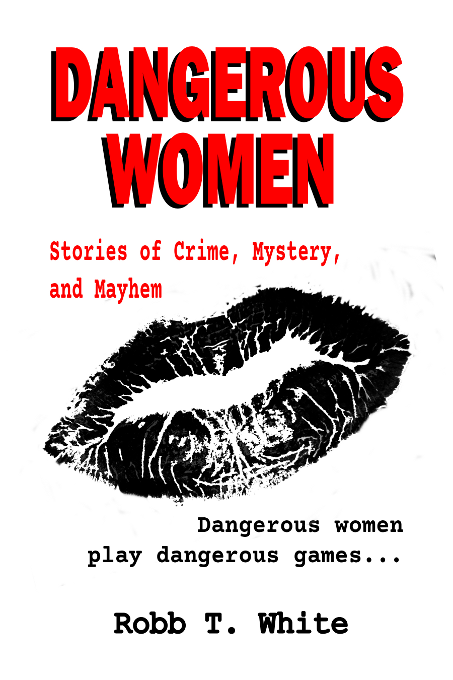 Violence, they often say, is a male prerogative. But someone forgot to tell women like “Baby” Frontanetta in the first story of the collection, or Francie, for whom robbing an armored car isn’t that big a deal, if only her lover will “man up” to assist her. Even parricide isn’t beyond the pale for her. There are the twins Bella and Donna, aptly named, as the narrator of “the Birthmark” will discover. There’s semi-literate Bobbie from West Virginia, a gorgeous lap dancer in a sleazy club in Cleveland, who knows what price men will put on owning beauty like hers. Come meet them all—the hustlers, con artists, thieves, and all-around trouble-makers; you’ll see what the women in these pages are capable of—but beware: they are not your mother’s “ladies.”

Black Sheep in a White Collar

“What should I call you?” she asked him.
“Frank Johnson, call me Frank,” he said.
“But that’s not your real name, is it?”
Why are we having this conversation again? That was the name he had introduced himself as when they had met a week earlier in a different place.
“But”--said politely and without raising his voice--“no, it’s not. However, you need a name for me?”
“OK, but how do I know you’re not one of those undercover cops tricking women like me?”
This was the part that amused him the most, but he also knew he had to go through with it. Every woman was leery at first and a little coaxing helped seal the deal. After all, it was murder.
“I didn’t look you up in the phone book and ask you if you wanted to meet me,” he said.
“So what do you do, Mister Johnson? That is, when you’re not doing some ‘house cleaning,’ for people like me?”
“Oh, I’ve had a lot of jobs,” he said. “Would you like another latte?”
“No, no thanks. Mine isn’t a latte. It’s a mocha cappuccino.”
“I’m currently between jobs,” he said. “I’ve been a meat cutter for a grocery chain for two years. I was a cab driver in Sheboygan. That was before Uber. I’ve unloaded trucks at a Walmart in Cincinnati--I quit because it was night work and threw off my sleep too much. I worked in a plastics factory in Indiana. I was a mold puller there. I was a long-haul truck driver. Lots of jobs, lots of places.”
That was all true. What he didn’t tell her was that he had all those jobs while he was bumming around the country three years after he graduated from an ivy league college with a summa cum laude degree in economics. Nowadays he held a boring mid-level managerial firm for Midwestern investment company. He wasn’t driving a Porsche Carrera, but he could afford to. His true calling, and his addiction, was to murder. She didn’t need to know any of this.
“But what you do now,” she said, hesitating over the words--killing people for money-- You, you are good at it?”
“Well,” he said, growing a little irritated with the familiar mental tango, “I’m not sitting in an eight-by-ten cell with a bunch of tattooed misfits, am I?”
She gave him a smile with her perfect teeth.
“I’m a pretty normal guy,” Frank said with a smile. “I could stand to lose a few pounds. I even shaved this morning.” 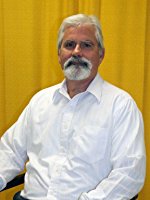 Robb T. White was born, raised, and still lives in Northeastern Ohio—although he did get to China for two weeks once.  He writes, noir, crime, and hardboiled stories featuring series character Thomas Haftmann.  A pair of noir/crime novels are When You Run with Wolves and Waiting on a Bridge of Maggots (2015).  An ebook crime novel, Special Collections, won the New Rivers Electronic Book Competition in 2014.  His latest Haftmann works are Nocturne for Madness (2016) and a short-story collection Thomas Haftmann, Private Eye (2017).  Crowood Press in the U.K. is soon to publish White’s latest work Perfect Killer.