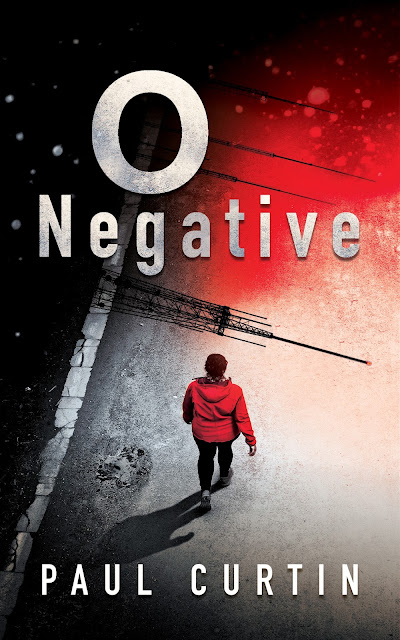 In Cole's world, a critical shortage has made blood expensive.

Now the ticket to a hefty cash loan is running through anyone's veins—as long as a person's willing to put up their blood as collateral. And if the debt defaults, Cole is the man who collects. He kidnaps debtors for his boss to drain—over long, excruciating months—until death. It's a job he doesn't mind until his boss asks him to pick up a guy with the rare and valuable blood type, O negative.

Except the guy doesn't have O negative—his ten-year-old daughter, Sam, does.

Knowing the horrors waiting for her if he hands her over to his boss, Cole takes Sam and goes on the run. With corrupt cops on his boss's payroll patrolling the streets, a psychotic colleague hunting him, and a savvy detective on his trail, Cole knows this will end one of two ways: he escapes the city or Sam dies a slow, painful death.

Either way, blood will be spilled.

Cole scooted along the backseat until he sat square between the driver and passenger seats. “You know who I am?”
Jerry, hands glued to the steering wheel, shook his head.
“But you know why I’m here.”
He didn’t answer.
“I’m your collector, Jerry.”
“Oh, God.”
“God doesn’t have anything to do with it. Believe me.”
“I—I worked out a payment plan, okay? I did. You’re acting on old information.”
“I always am, aren’t I? Acting on old information.”
Jerry took in erratic, deep breaths. “Please, don’t do this. I can’t do this.”
“You signed on the dotted line, so to speak. You borrowed the money. And you didn’t pay.”
“I can still pay.”
Cole ignored him, instead reaching into his coat pocket and grabbing a small, plastic container filled with needles and thin paper strips. He tossed it into the front seat. Jerry looked down at it, but didn’t turn around anymore, probably for fear that if he looked at the gun pressed against him, it might go off. People get weird when they have guns pointed at them.
“Take it,” Cole said. Jerry grabbed it, his hands in a tremor. “Take a needle and prick your finger. Apply one of the strips to the blood. Then hand it back to me. Got it?”
“Let’s make a deal.”
Here it comes.
“You let me go, I’ll take you to my office. I have a safe’s got ten grand in it right now. You can just walk away with it. Easy as that.”
“Let me ask you a question.” Jerry perked up. “How much did you tip the valet?”
Jerry chuckled uneasily. “What?”
“It’s a simple question.”
“I don’t understand.”
“I ask you a simple question, and you don’t understand.”
“What does the valet—? I don’t understand.”
“I don’t know why you’re making this more complicated than it has to be, Jerry. I ask you a simple question, you give me a simple answer. That’s it.”
“Okay.”
“How much did you tip the valet?”
“A hundred.”
“How much did the hotel cost?”
“What does that have to do—?”
“I asked how much your hotel cost. I don’t give a shit if you think it has anything to do with anything. I’ve got a gun to your neck, and I want to know.”
“Six hundred.”
“Yet three months ago, you come to one of my boss’s associates. You say, I need fifty grand. Fifty grand. He says, What do you need it for? To which you reply, I need the money. My business is failing. I’m in the red all this year, blah-dee, blah-dee, blah. And yet you’re out here dropping a hundred on valets, and six hundred for a hotel room, and more on an expensive steak dinner—Michael’s isn’t cheap you know—with this lady here who’s not your wife.”
“I can pay.”
“Who is she anyway? Because I swear if you’ve been jeopardizing your collateral with diseased women, my boss won’t be happy.”
“She’s my secretary.”
“Your secretary,” he said, and leaned forward to look at her. “What is she, eighteen, nineteen?”
“Twenty-one.”
“And you knew some pretty blonde 21-year-old isn’t going to date some fat, old sack of shit like you unless you’ve got money to spend. So you collateral your own blood so you can wine and dine her.” He scoffed. “I hope it was worth it.”
“I’ll give you everything.”
“You know what always happens when someone can’t pay? Two things: they can suddenly get the money or there’s a safe full of cash they can give me to just walk away. But guys like you don’t have that cash or you wouldn’t be sitting here now with my gun pressed to your head. So, let me bring this down nice and easy so you understand. We’ll take that money in your safe, if it actually exists, and you’re going to the Mill, and there we’re going to drain your blood and sell it to pay down your debt, and there you’re going to stay until it’s all paid back. Which, given that you’re O positive, will be a while. The hospitals aren’t exactly paying arms and legs for O positive.” 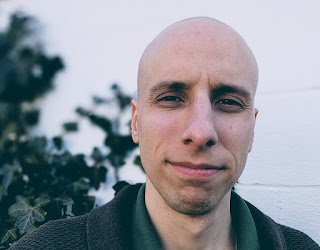 Paul Curtin is the author of O Negative. He enjoys reading, backpacking and camping, but only when the mosquitoes can't get him.

He lives in Columbus, OH with his wife and daughter.