Indie Crime Fiction of the Month for September 2017

Welcome to the latest edition of “Indie Crime Fiction of the Month”.

So what is “Indie Crime Fiction of the Month”? It’s a round-up of speculative fiction by indie authors newly published this month, though some July books I missed the last time around snuck in as well. The books are arranged in alphabetical order by author. So far, most links only go to Amazon.com, though I may add other retailers for future editions.

As always, I know the authors at least vaguely, but I haven’t read all of the books, so Caveat emptor.

And now on to the books without further ado: 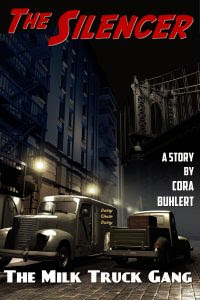 Upstate New York, 1937: When the delivery vans of the Daisy Chain Dairy Company are targeted and robbed by a criminal gang and a driver is shot, Richard Blakemore a.k.a. the masked crimefighter known only as the Silencer decides to get involved.

So he stakes out the dairy company in the early hours of the morning to apprehend the criminals, only to find himself embroiled in a lethal fight on the bed of a speeding milk truck…

This is a short story of 3700 words or approx. 15 print pages in the Silencer series, but may be read as a standalone. 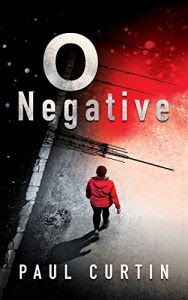 In Cole's world, a critical shortage has made blood expensive.

Now the ticket to a hefty cash loan is running through anyone's veins—as long as a person's willing to put up their blood as collateral. And if the debt defaults, Cole is the man who collects. He kidnaps debtors for his boss to drain—over long, excruciating months—until death. It's a job he doesn't mind until his boss asks him to pick up a guy with the rare and valuable blood type, O negative.

Except the guy doesn't have O negative—his ten-year-old daughter, Sam, does.

Knowing the horrors waiting for her if he hands her over to his boss, Cole takes Sam and goes on the run. With corrupt cops on his boss's payroll patrolling the streets, a psychotic colleague hunting him, and a savvy detective on his trail, Cole knows this will end one of two ways: he escapes the city or Sam dies a slow, painful death.

Either way, blood will be spilled. The Fourth Friend by Joy Ellis:

Police detective Carter McLean is the only survivor of a plane crash that kills his four best friends. He returns to work but he is left full of guilt and terrible flashbacks. So for each of his four friends he decides to complete something that they left unfinished.

Eighteen months before the crash, Suzanne Holland disappeared, leaving a room with traces of blood, but no other leads. Suzanne was the wife of one of Carter’s four best friends.

Adding to the pressure, the boss’s daughter has a stalker. Due to the sensitivity of the Holland case, Carter is put on this investigation.

DS Marie Evans is the only person Carter can confide in. But even she begins to doubt whether he can really cope and whether he is actually losing his mind.

DI Jackman and DS Evans of the Fenland police face a battle to untangle three mysteries, and can they really believe their friend and colleague Carter? 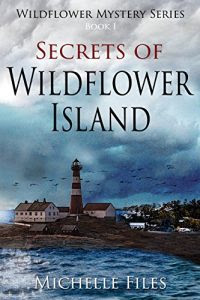 When 4 teenage girls discover a body, badly beaten, a nice day at the beach goes horribly wrong. As they embark on a quest to solve the murder, they find themselves as the main suspects. The girls quickly turn on each other as they are blackmailed by an unknown person and harassed by residents of the small island they live on. Who killed the boy? Will the girls be next?

This mesmerizing mystery, suspense novel will have you guessing until the end. Get your copy today! 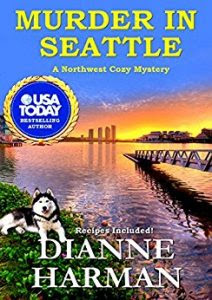 Murder in Seattle by Dianne Harman:

What would you do if your sister's husband of twelve hours, Clark, was considered a suspect by the police in connection with his rich Uncle Vinny's murder? And the rich uncle just happened to be a member of the Mob?

DeeDee has no choice but to enlist the help of her boyfriend Jake, a private investigator, as well as Al, Uncle Vinny's scary bodyguard, to help her find the murderer and clear Clark's name.

It could have been a number of people, but which one? Was it Uncle Vinny's cousin or his wife? Uncle Vinny had a lot of money, and although he hadn't come by it legally, the color was still green. Or the rogue cop whose father had ended the prostitution rings in Seattle, but was certain Uncle Vinny was the person who had resurrected them. Or perhaps Clark's business colleague who was jealous of Clark's recent promotion? Maybe it was the wedding planner who resented everything Uncle Vinny was giving the newlyweds, particularly the house on Queen Anne Hill. Or even Clark himself? After all, Uncle Vinny gave a toast at the wedding declaring him to be the sole heir of his substantial fortune. 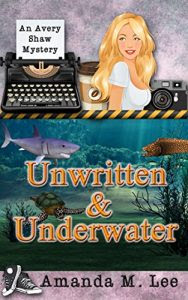 Avery Shaw is living the dream … kind of.

She’s officially moved to her dream house and her boyfriend Eliot Kane is making her host a housewarming party to show off the new digs to her family. All is going well – other than the endless arguments over food and hiding from Avery’s family, of course – until one of Avery’s enemies comes calling.

Avery’s former boyfriend Jake Farrell broke up with Cara Carpenter weeks before but she’s still stalking him … and Avery in the process. When Cara turns up dead at a high-profile event, not only is Jake a suspect, but Avery and Eliot are, too.

The Michigan State Police wrestle the investigation from Jake, promptly turning Avery from the hunter to the hunted. The state police investigator assigned to the case is all up in Avery’s business – and Avery is cracking under the pressure even as she insists on covering the case, much to almost everybody’s chagrin.

From the stress associated with the new house, Grandpa’s constant naked visits to the pool, and Eliot’s insistence that Avery own up to something illegal, things are starting to get tense.

Avery is on her heels for a bit before starting to put the pieces together. When the truth comes out, though, the answers are welcome but the danger is not.

Can Avery survive to irritate everyone another day? Or will Michigan’s favorite reporter finally succumb to a mouth she can’t quite seem to control? Hugh Gallant has survived being hit by lightning, throwing himself off a skyscraper, and a divorce from a redheaded woman. He has also won the lottery three times and moved to Thailand, leaving his former life behind. He is known as Mr. Miracle.

Dutch used to be Hugh’s best friend. Together, they concocted a scheme that resulted in a man plummeting thirty-eight floors to his death. Dutch must bring Hugh home or have the murder put squarely on him. But he’s not the only one searching for a Miracle.

The ex-wife has teamed up with a former rapper and a furnace repairman who moonlight as criminals to swindle Hugh. They continually raise the stakes when each plan fails, going from extortion, abduction, to even murder, until they can find some way to make Hugh give up his millions. They learn miracles are hard to come by.

Dutch realizes ‘The Land of Smiles’ isn’t just sandy beaches and bikini clad women, and moonlighting criminals can prove more deadly than full time ones. He needs to decide if he will risk his life to protect Mr. Miracle, bring him to justice, or make a play for the money himself. 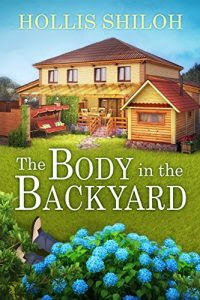 The Body in the Backyard by Hollis Shiloh:

Clarence Collin is pushing up daisies—in Abe's bed of zinnias!

When the caustic critic of a TV gardening show winds up murdered in Abe's well-groomed backyard, both Abe and his hunky-but-irritating neighbor Gregory might be on the suspect list.

Abe starts amateur sleuthing in self-defense...and to spend time with Gregory. When the two green thumbs look into their neighborhood's dirty little secrets, who knows what they'll dig up? 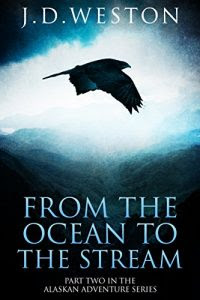 From the Ocean to the Stream by J.D. Weston

What would you do…
How far would you go…
TO STAY ALIVE?

In this gritty psychological thriller novel, discover one man's fight against the power of nature, and the greed of man.

'From the Ocean to the Stream' is a gritty thriller and suspense story that tells of one man’s account
and his battles with the greed of man, and the savage brutality of the wilderness. It can be read
as a standalone book, or as part of a survival fiction series, as the sequel to 'Where the Mountains Kiss the Sun’.

For one so young, Jim has had more than his share of traumatic experiences. Now, he shares a simpler life with his Ma and Pa, where the mountains kiss the sun; away from the city and away from people, although at night he's still haunted by dreams of what he’s seen and what he’s done.

Life is simple but good, until one day someone new comes into their lives to change them forever. Will he be able to extinguish his dreams, or will his new reality become more fearful than the visions of his past? Find out in the historical adventure ‘From the Ocean to the Stream’.