From the Ocean to the Stream (Alaskan Adventures, Book 2) by J.D. Weston 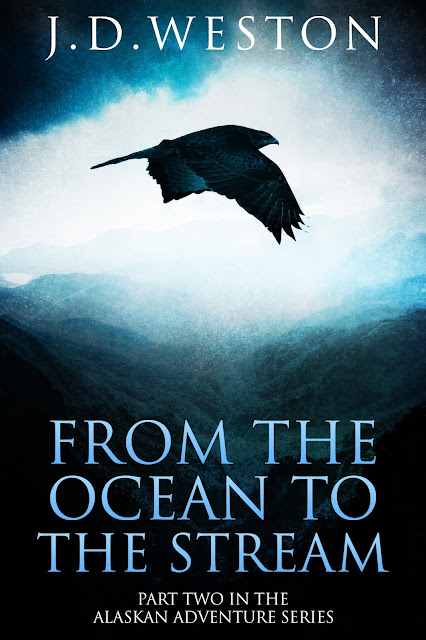 About From the Ocean to the Stream:

What would you do…

How far would you go…

In this gritty psychological thriller novel, discover one man's fight against the power of nature, and the greed of man.

'From the Ocean to the Stream' is a gritty thriller and suspense story that tells of one man’s account
and his battles with the greed of man, and the savage brutality of the wilderness. It can be read
as a standalone book, or as part of a survival fiction series, as the sequel to 'Where the Mountains Kiss the Sun’.

For one so young, Jim has had more than his share of traumatic experiences. Now, he shares a simpler life with his Ma and Pa, where the mountains kiss the sun; away from the city and away from people, although at night he's still haunted by dreams of what he’s seen and what he’s done.

Life is simple but good, until one day someone new comes into their lives to change them forever. Will he be able to extinguish his dreams, or will his new reality become more fearful than the visions of his past? Find out in the historical adventure ‘From the Ocean to the Stream’.


This is a gritty psychological thriller you can really get your TEETH into!

Sleep, I tried to sleep, but vivid visions of what my companions had become teased my mind into wild cycles of inhuman images, prohibiting rest of any kind. When exhaustion finally held the nightmares at bay and allowed my eyes to close, panic would set in; fear that I would be next if my conscience relented. The seaman's body had been stripped of its torn and worn clothing to reveal white flesh, bright against the dark wood of the boat that imprisoned us, save for the three dark ovals of skin that were missing on his upper legs.
The three women sat huddled under the canvas in the dying light of dusk. Wide eyes full of satiated shame tracked my every movement, darting from the dead man’s decaying flesh to my own emaciated, but living, body. Beth moved once more; her eyes were fixed on mine as she crawled from the rear of the boat on all fours like the animal she’d become. She prowled by me and settled on the far side of the semi-butchered seaman in the prow. She sickened me. The sight of her nauseated me. Though my stomach was free from substance since its purge some hours before, involuntary muscle spasms sought something to release, but only elicited convulsing heaves that did nothing but waste the precious saliva that dribbled down my chest. I turned away to face the other two women who sat at the back of the boat. They both sobbed silently but looked on at Beth, who I could hear sucking at something behind me. The quiet sounds of her struggle to swallow the dead flesh were unabashedly audible on the quiet sea. I squeezed my eyes shut and covered my ears, but still, the noises trickled past my hands, like the rancid meat that hung, tantalising in her gullet. “Stop it!” I screamed. “Just stop it!” Beth jumped back in shock, as though my outburst was irrational. Her face turned to exasperation.
“You want to die?” she asked. “You want this boat to beat you? You’re weak.”
“You’re eating human flesh, Beth!” I began, in a flurry of rage. “You’re no better than a wild animal, look at yourself, hunkered down carving the rotten flesh off of the man that saved you, you’re desecrating him, you’re nothing but a stain on the memory of him.” I stood to gather the ruined body in my arms, to set him adrift, but Beth waved the blade in my face, “Leave him, he’s mine.”
“Yours?” I asked incredulously. “What claim do you stake here? What right can you possibly claim that you have over the body of this man?” I held my hands out as if presenting the carcass for the first time.
Her eyes tightened and her top lip lifted in an evil grimace. “I’m going to live, I’ll do whatever it takes, and when your pathetic little body finally gives in and perishes in the night from the hunger,” she eyed me lustfully, “I’ll be there in the morning ready to carve your fat little cheeks off your fat little face and I’ll wash them down with the fluid from your eyes. Yeah, that’s what I’ll do.” I could see her imagining the sickening scene, her wicked little tongue darted out of her dark mouth to wet her cracked lips, but to no avail. 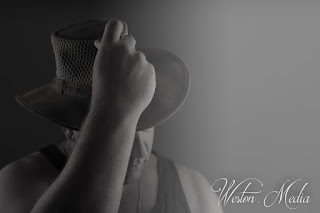 In my early years, I chased the dream of becoming a musician. To enjoy the freedom of creating for a living. I achieved this in my twenties with small success, but achieved it nonetheless, for which I was extremely proud. I had an album, a recording studio and airplay, plus I was priveliged to play with some incredible individuals.

Once the reality that the income wasnt enough to survive on, hit home, I took a few courses and found myself a real job, while in the meantime worked on other passions such as art, photography and writing.

So now, I'm in my thirties and my photography is very successful, with many published works to my name and popular images that sell daily.

So while I savour the thrill of seeing my images in various applications and all sorts of wonderful formats, I can continue with my writing which has been itching to be released.
The recent publication of my first full length novel and its subsequent sequel has truly started the creative juices flowing once more. I enjoy writing about the things that I myself like to read about, we are after all, our own readership. Wilderness, survival, mystery and adventure all serve to flavour my writing, along with strong elements of thriller and suspense. All these things are rolled into thoughtful stories that really do succeed in taking the reader on a journey, and capturing theirs hearts with wonderful characters that I have literally, developed in front of my sometimes astonished eyes.

I love the creative outlet of writing; I hope my books serve to feed your imagination and take you on a ride that you'll never forget.