The Rushing Noise of Death: A Detective Flagg Mystery by Gretchen Jobe Mullen and Phyllis Jobe 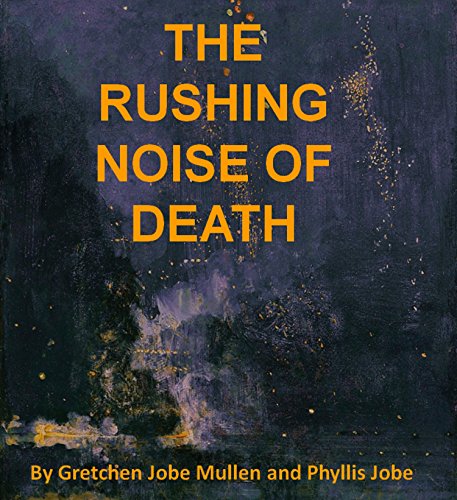 About The Rushing Noise of Death:

"It was almost midnight on New Year's Eve. Martha Leland poured herself a drink, her labors worthy of celebration. She stood before the mirror and toasted her reflection. The clock began to strike and the big fireworks on the bridge behind her reflected their lurid blossoms in the glass. The great booms began and when the bullet struck dead center at the back of her skull, she might have seen the blinding splintered light of the finale, she might have heard the great white rushing noise of death."

On New Year's Day, Oklahoma Detective Hiram Flagg is called in to the Bliss County Court House by the newly installed Chief of Police. Initially, Flagg feels that he must, for the first time in his career, ask to be relieved from a case. He and Martha Leland have crossed paths before. Ultimately, however, he knows he must see this case through to the end.

Suspects begin to emerge from Martha Leland's immediate family and close circle of friends: the daughter, Anna Leland, and alcoholic undergoing psychiatric analysis with a secret wish for revenge; the son, Walker Leland, hungry for easy money and running with the wrong crowd; the ex-husband, Jack Leland, and his new young wife Margo, bitter after the messy divorce and quick remarriage; Martha's sister, Shirley, and her husband Jim Boyd, harboring a painful secret; portrait artist Gordon Grimes, motivated by greed and a desire to elevate his standing among the wealthy matrons of the town; and gigolo Jeff Sinclair, friend to Martha's son Walker, claiming to be Martha's most recent "love" interest.

With the discovery of a second body, the pace quickens and subplots converge during the lakeside memorial service of Martha Leland, when all suspects are present the identity of the murderer is revealed through the attempted murder of yet another victim and a surprise twist at the end.

The rapid crack of gunfire riddled the air, jostling Martha Leland from a doze in her overstuffed chair. She blinked, caught her breath, and flung one hand up, palm out, warding off the attack. Her panic lasted only a second. “Firecrackers,” she murmured and smiled to herself, taking in a deep breath, feeling life seep through her limbs. It must be around five, she thought, as she shook off the daze of sleep, walking to the French doors where the last light of the sun caught the frosted panes, lighting them like fires.
Martha squinted against the glare and thrust the doors outward onto the wide balcony, allowing the cold to wake her fully, to sharpen her senses. She stretched her slender body in the gathering dark, refreshed, invigorated, happy. I’ve done a good day’s work, she mused, satisfied that so far it had been an almost perfect day, this New Year’s Eve, and before the New Year dawned it would be perfect, all the loose ends tied up neatly, her purposes accomplished.
This apartment, this view of the river, and of the great stone bridge with its arches like those bridges in pictures of Florence, had always pleased her. She had moved here after her divorce from Jack Leland when she so needed comfort, and beauty, and nourishment from her past. Now, her past lay spread before her across the river: the big refinery, the lights twinkling on against the deepening day like Christmas decorations.
This was her father’s realm, a man’s country: oil, grit, hard work, fast money won and lost, won again, lost again—they couldn’t keep a good oil man down—and how deeply Martha had loved his resilience, his optimism, his warmth. But, for good or ill, it was from her slender, striking mother that Martha had inherited her cool beauty, and her deadly determination to achieve standing, a place at the top of the fragile, glittering society that oil had built and buoyed through lean and fat times.
Martha sat down in her chair to wait—to wait for an answer, knowing what it would be, for her plan had been perfect. Soon the big fireworks would explode from the bridge, welcoming the new year. The booms would come like the cannons in the old days, sounded to raise drowned bodies along the river towns. Raising the dead, old bones, old secrets: how hard it was to hold the past at bay, a lonely, hard business. But she had done it, had accomplished her purpose: no one, not anyone, would trouble her again. The papers she had sent by courier that afternoon would end it once and for all; the reply, the confirmation was to be returned to her by courier before morning.
She poured herself a drink, her labors worthy of celebration. She stood before the mirror and toasted her reflection. The clock began to strike and the big fireworks on the bridge behind her reflected their lurid blossoms in the glass. The great booms began and when the bullet struck dead center at the back of her skull, she might have seen the blinding splintered light of the finale, she might have heard the great white rushing noise of death. 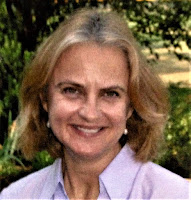 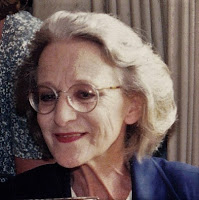 Phyllis Jobe and Gretchen Jobe Mullen are a mother-daughter writing team from Oklahoma. Although both have been published authors in other genres, this is their debut novel in the crime fiction category.