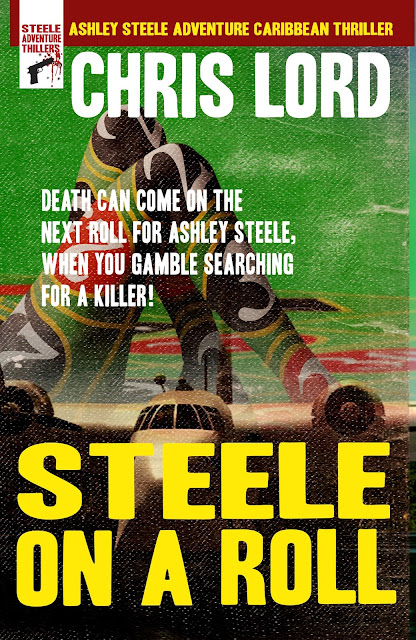 About Steele On A Roll:

Death can come on the next roll for Ashley Steele, when you gamble searching for a killer!

Ashley Steele’s compassion causes him to land his plane The Good Fortune to save some refugees in the waters off of Cuba. The rescue gives him a friend he couldn’t have guessed in his quest to save Ella. Everyone you meet could be a friend, and every friend has connections. Some good. Some bad.
Captain Juan Diaz of the Cuban Naval Intelligence seems to be someone who becomes a friend to Ashley in his hunt for the ex-husband of the woman, Ella Fair, the only woman he loves” Ella’s ex-husband, Roderic Wright, and her brother, Donovan Walker work with the terrorists the S.I.A. and are the only two things standing between him and the safety of Ella.
Using the resources of his plane The Good Fortune, and the antiquated ship of Captain Diaz, The Cuban Queen, Ashley has a chance to catch Roderic Wright, a slim chance of getting out of Cuba alive, and an even slimmer chance of seeing Ella again.

Smoke on the horizon in the open seas caught the eye of a pilot at twelve thousand feet. Even at this distance the dark puffy plumes of oil and gas burning climbed in the air and had the look of a tall twig that disappeared into the haze of the sky.
“Look at the smoke there Gator,” Ashley said to his copilot. “Give me those glasses,” he called out and motioned in the direction of the binoculars stowed beside his copilot. “Check the radios too for any s. o. s.'s,” he said and looked out the cockpit window of the Good Fortune and stared at the distant column of smoke in the clear Caribbean sky.
“Nothing on the radio, I can see Ashes,” Gator said. Pancho Cochran always called Ashley Steele by his old military call sign, Ashes, and Ashley did likewise with Pancho calling him Gator. Over the last year, proving himself time and time again to Ashley Steele, he earned the trust to know the real truth of some of Ashley’s past, but then again, Ashley kept some things to himself that he never shared with anyone.
Pancho had been working for C. C. Airlines for the last year, and only in the last few months discovered that Ashley Steele was the owner of the airlines, but that was all Pancho knew. The Short Sandringham they were flying, the Good Fortune, of which Ashley Steele was the Captain, was actually Ashley's plane. It made all the sense in the world to Pancho once Ashley shared the secret with him as he wondered how the captain of a plane had so much discretion of its goings and comings without much regard for fuel or maintenance.
“How long we been out from Savannah, Gator?” Ashley asked his copilot through the headset using Pancho’s military call sign.
“More than a couple of hours?” Pancho responded with more of a question.
“Let’s head towards that smoke,” Ashley gave the order.
“You’re the Captain,” Pancho said, finishing with whispering into the headset, “and the owner. But we aren’t that far from Cuba.”
The comment caused a smile to cross Ashley’s face as he kept his eyes on the smoke on the horizon.
Pancho waited for a response from Ashley, and when one didn’t come, he continued, “If we keep heading towards that smoke we won’t be too far from Cuba territorial waters Ashes. Could be inside of them.”
“I don’t see any lines down there Gator,” Ashley quipped as he looked through the binoculars.
“Ashes we don’t need to get tangled up again into something. Remember that business in Turks and Caicos last month,” Pancho said with unease. 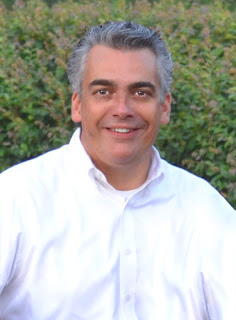