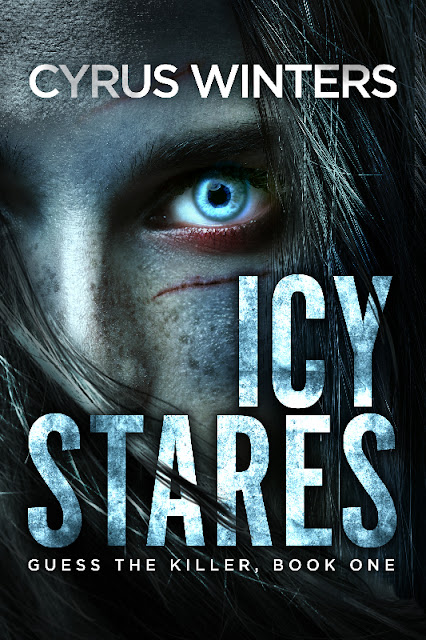 Twenty years ago when she was just a young girl, a man abducted Nadine Shields for twelve hours and has been in her nightmares ever since. In spite of her childhood trauma, Nadine forged ahead bravely and left the past behind, establishing herself as a crime solving specialist within her state's city precinct.

But tonight Nadine's inner strength will be tested in ways it never has before. The monster who abducted her all those years ago has inexplicably reached out, wanting to draw her back into his sick world of terrifying mind games and abuse.

With the lives of innocents threatened and time running out to save them, Nadine must work with her colleagues to solve the one crime she never wanted to face - the crime that had been committed against herself.

Nadine’s gaze drifted from the blank screen, around the room. Was the clock in here, or was the sound coming from the TV? White lines faded in and out around the edges of the video. They were about fifteen seconds in. And the clock would not shut up.

A white room lit up the frame.

There were white walls, a white floor, a white ceiling. The picture was blurry. Shadows in the centre of the screen distorted. Nadine watched the shapes move. Until it settled.

There was a figure sitting in a chair, facing away from the camera. The chair was a good twenty – twenty-five metres away in the background, so it was hard to see much of him.

He was wearing a blue hood.

“It’s been a long time since we last had a chat.”

Nadine got up from her seat. She knew the other two were looking at her. She couldn’t quite discard them.

“Of course, we never really talked much, did we?”

“What is this?” McGuiness blurted out.

“Where are you right now, I wonder? How are things in your life? Are you doing okay? Have you learned to cope? Have you moved past this? Have you grown as a human being? Your journey is one I have some interest in.”

“The truth is we’ve never properly met, have we? Or perhaps we have but neither or one of us didn’t recognize the person they were meeting. It’s a strange world we have before us. I learnt that from you. I think.”

Nadine could feel her fingers curling.

Something dancing on the back of her neck.

“Anyway. Enough with the formalities. It’s important you take note of what the time is. If this has reached you as I anticipated it would, then it should be around eight pm. Perhaps a little earlier. Perhaps a little later. In any case, you’ll have until midnight to solve the puzzle.”

An email address in plain text flashed in the top right-hand corner.

The figure’s arm shot up pointing at it.

“It’s okay,” Sal said before anyone complied. “I’ve got it.”

The figure’s arm lowered slowly as the text disappeared.

“By now I would think you should have a pretty good idea who I am. But my question to you, Nadine, is: What is my name? Do you know what it is? If you think you do, please send me your answer to the email address. I repeat you have until midnight. And if you guess incorrectly, or don’t have the right answer in time … Something bad is going to happen.”

The tape was over.

Nadine looked down at her hands.

She couldn’t get them to open.

“Is that it?” McGuiness asked.

“Yeah,” Sal said. He went to the VCR and ejected the tape. Shut off the screen.

There were a few moments of darkness as he went across for the light.

“Well,” McGuiness’s figure stood from her chair. “Who is it, Nadine?”

They were words Nadine could barely hear. The shadows drowned around her. Images flickered in her mind. The robot’s words wouldn’t leave her.

Nadine punched her in the face.

Cyrus Winters is a new author who is focused on writing serial killer mystery thrillers, beginning with his first series “Guess The Killer”. His books are character driven with suspenseful and unsettling undertones. They are fast paced with short chapters and lots of dialogue. Cyrus aims to explore the dark side of humanity in an unflinching manner. He also endeavors to set up a mystery for the reader to solve with each book, with the killer’s true identity only revealed in the dying pages.

Outside of writing, Cyrus is an avid consumer of films, television dramas and live music. His favorite authors include Agatha Christie and Thomas Harris.