Retired Special Forces Sergeant John Taylor is hiding from the world. Still dealing with his captivity by terrorists and a near fatal collaboration with Federal law enforcement, Taylor has sworn off any future heroics. A call from a friend inside the FBI and the pleas of a desperate mother force Taylor to change his mind and end his self-imposed exile.

A National Guard armory has been destroyed in west Texas, and all eyes have turned to a possible terrorist attack by a missing corporal. The agents in charge of the investigation refuse to listen to claims of innocence by the soldier’s mother, forcing her to turn to Taylor and hope his first-hand experience with terrorists and past success with the Bureau can help clear her son’s name.

Granted access to the case but saddled with a beautiful yet stern Bureau baby-sitter, Taylor runs head first into the FBI’s refusal to look beyond their preferred theory of the crime. As he digs up clues of a frame-up and hints of a much more sinister motive behind the explosion, Taylor races to stop a dark conspiracy hiding in small-town America.

The small, one-story building stood out as notable, compared to the miles of empty West Texas plains that surrounded it.

A few green, canvas covered trucks sat parked in a row in a dimly lit parking lot and a pole stood in front. At its top, a flag was flapping lightly in a gentle breeze.

Anyone who drove past the small building would think very little of it. Although a car driving by would be notable to the people in the building since cars rarely drove down the quiet country road that eventually leads out to the interstate four miles away or to the college town of Lubbock almost fifteen miles in the other direction.

The short driveway that led through a single opening in the chain-link fence that stretched around the building was blocked by a small guard post, whose current guard was slowly nodding off, his brownish digi-pattern cap pulled low on his head.

He would be in a world of hurt if his Sergeant found him sleeping on duty, but that typically only happened when they rotated in new non-coms. This was a posting where nothing ever happened, and even those in charge tended to fall into complacency.

The Private was almost asleep when he felt the ground rumble. The man jerked awake, and for half a second wondered why Texas would be having an earthquake, when it seemed like the entire world ripped apart.

Only the concrete structure around him and its standard issue bullet proof glass protected him from that first barrage as the surrounding area seemed to become daytime for a brief moment.

Of all the men stationed at the small munitions depot, only the drowsy guard had a chance to realize his fate, if only for a few seconds. The explosion that followed, as the munitions stored in the building joined the inferno, ripped the concrete booth into chunks and shattered the glass into a thousand small missiles.

Every call was about the fireball that rose out of the darkness outside of town and the shockwave that rattled windows and set off car alarms.

John Taylor heard the ringing phone inside the office from underneath an old, beat up Chevy, which should have been put to pasture years before.
He ignored the phone, instead focusing on not covering himself in oil as he opened up the drain plug to let the black sludge pour out. He wondered, for the hundredth time, how people could skip even the most simple maintenance.

Even if he hadn’t been under the car, arms covered in dirt and grime, Taylor wouldn’t have made a move to the office to answer the phone. While most of the other mechanics tried to cover the phones for Albert, in case he was with a customer; everyone knew Taylor didn’t deal with people.

Sure, he was pleasant enough. He said 'hello' and 'goodbye' to his coworkers. He helped hold or carry stuff when needed, and even picked up shifts when someone wanted a day off. But everyone knew Taylor didn’t deal with people, especially the public.

He was a closed book, and none of them had seen even a peek inside its cover. Most days Taylor managed to say less than a dozen words the entire day. There was a pool going to see if he could stay under a thousand for the year.

So everyone, including Taylor himself, was surprised when a few moments after the phone stopped ringing Albert Franklin stuck his head out of the office and shouted.

“Taylor, get your ass up here. You have a phone call.” 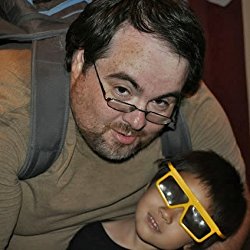 Travis Starnes is a freelance writer living in Texas. He has a love for books of all types, but preferably sci-fi, mystery and the occasional history. His passion is creating worlds and characters that live and breathe, letting them loose, and seeing what happens.