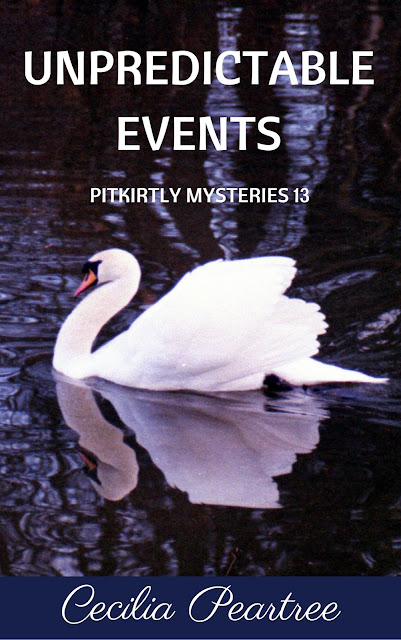 This is the 13th book in the Pitkirtly Mystery series, set in a fictitious small town on the Fife coast in Scotland. Not a million miles from Culross, and yet rather different from it.

Christopher finds that going away on holiday is a lot more trouble than it's worth, while a wedding in the Cultural Centre isn't without its problems. Amaryllis tries to keep a low profile as she teases out secrets from the tangled threads of everyday life, and Christopher's sister Caroline allows obsession to lead her into danger.

‘Tiffany’s in tears in the biography section,’ said Kyle’s father urgently. ‘We’ll have to do something, or the whole thing will be a fiasco.’
‘More than it already is, you mean,’ remarked Kyle’s mother. She fiddled with the clasp on her handbag. ‘I suppose I’d better go and speak to her.’
‘What’s the problem?’ said Kyle, wondering, not for the first time that day, what they expected him to do about it. For some reason his rather indeterminate status as an intern at the Cultural Centre had landed him with far more responsibility for the success of this wedding than he had bargained for. He hoped his mother didn’t go and speak to his sister. That would be all she needed at the moment.
‘It’s young Lee’s father,’ said Douglas Prestonfield. He pulled at his tie and succeeded in making it ride up above the ridiculous winged collar. Marie Prestonfield tutted and put a hand up to try and tug it back into place.
‘What’s wrong with him?’ enquired Kyle.
‘Hmph!’ said Douglas, taking a step back out of his wife’s reach. ‘Probably lying drunk in some doorway.’
‘He wouldn’t do that on a day like this,’ said a voice from just behind them.
Lee Campbell stood there in the doorway of the research room, dressed like the other men in kilt and accoutrements. He didn’t look quite as silly as Kyle felt, but it was a close thing.
‘He hasn’t turned up yet,’ Lee continued. ‘My Mum’s just texting him now.’
‘Where was he staying?’ said Kyle. ‘Maybe one of us should go round there. In case he’s slept in.’
‘Oh, no, you don’t,’ said Douglas as Kyle took a step towards the door. ‘We don’t want to lose track of you too.’
‘He and his girl-friend were renting a cottage along the coast,’ said Lee. ‘I’m not sure where exactly. But we’ve got his mobile number.’
‘We’ll be running late in a minute!’ said Marie Prestonfield. She glared at her husband. ‘Douglas, can’t we do something?’
‘We’ll go and speak to Tiffany,’ said Douglas.
They made their exit, leaving Kyle and Lee together in an uneasy silence.
‘So you work here now, do you?’ said Lee, tapping his fingers on one of the computer keyboards.
‘Sort of,’ said Kyle.
At this moment he wished fervently that he didn’t work here. Not only did he know Christopher was trusting him to make sure nothing terrible happened to the building and its contents during the wedding, but his parents seemed to think he would be able to iron out any problems with the ceremony itself. There was nothing he could do, however, about Lee’s father’s absence. He wished it were a normal day at work, with Zak Johnstone casting evil glances at him from behind the local shells display, Jemima and Dave popping in at lunchtime with unhealthy snacks, and the portrait of his uncle, now known even to him as El Presidente, glowering down the corridor at everybody. 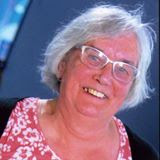 Cecilia Peartree is the pen name of a writer who lives in Edinburgh and works in an art gallery.
She started writing fiction when she was six, and by the age of sixteen she had a whole cupboard full of unfinished stories. Although she persisted in writing more stories when life allowed it, she didn't publish anything until ebooks became widely available. To make up for lost time, she now aims to write and publish at least three full-length novels a year.
Cecilia writes the Pitkirtly series of quirky mystery novels set in an imaginary town on the coast of Fife, and the Quest mystery/adventure novels set in the early 1950s. She is working on a series of novellas set in Edwardian times which may eventually lead to a more substantial Great War novel.
As befits a mystery writer, she lives in a leafy suburb and has two cats.