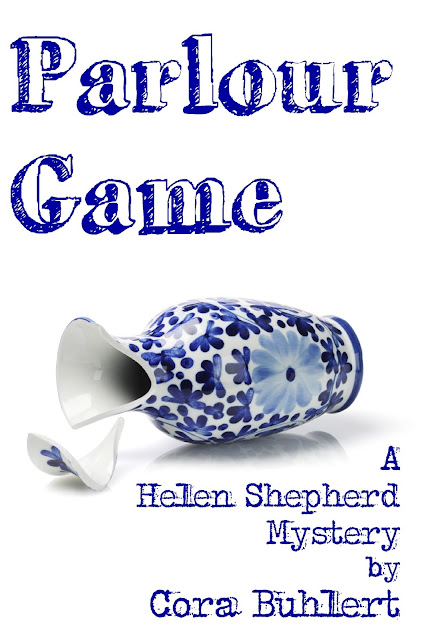 But as Detective Inspector Helen Shepherd and her team begin to unravel the case, it suddenly seems much less clear. For Helen has to deal not only with contradictory evidence, but also with an entire library full of suspects who are all accusing each other.

This is a mystery novelette of 10800 words or approximately 38 print pages.

Helen and Simon found the rest of the team as well as the victim in a gloomy corridor with a flagstone floor and wooden panels on the wall.
Detective Constable Kevin Walker came forward to meet them. Instead of his customary suit and tie, he was dressed in jeans, trainers and a Star Wars t-shirt, all of which suggested that he had been called away from more pleasurable activities as well.
“Good evening, boss.” He noticed Simon and crashed to an abrupt halt. “Uhm, Chief Inspector. I didn’t know Counter Terrorism Command was involved in this case.”
“They’re not,” Helen said, “Chief Inspector Westmoreland is merely here to admire the architecture and lend us an extra pair of eyes.”
“I happened to be with Inspector Shepherd when the call came in and took her here,” Simon added in his smooth Oxbridge lilt.
“We had dinner,” Helen explained, “Though we didn’t get any further than the starter, unfortunately.”
“I… I see,” DC Walker stammered, while his pale, freckled cheeks took on the colour of Darth Vader’s lightsabre, as depicted on his t-shirt.
“That’s nothing compared to what happened to us,” scene of the crime officer Charlotte Wong said from where she was kneeling on the floor, dusting for fingerprints and bagging evidence. She was dressed in her customary white coverall, but the two lumps on either side of her head — as if she were wearing earmuffs or headphones — and the glittery make-up on her face or rather what was visible of it suggested that her plans for the evening hadn’t involved a suspicious death either.
“Kevin and I had tickets for The Force Awakens,” Charlotte explained, while DC Walker blushed, “The first showing that’s not for celebrities and so on, but for regular fans. And then, twenty minutes in — bam — my phone vibrates. As does his.”
That explained DC Walker’s rather unconventional attire. Though given that he’d been talking about nothing else but that movie for the past two months, Helen supposed she should count herself lucky that DC Walker hadn’t shown up in Jedi robes or Stormtrooper armour.
“All right, so what do we have here?” Helen wanted to know.
“That…” DC Walker pointed at the body that was lying sprawled on the floor, quite obviously dead, “…is or rather was Edgar Asheford-Browne, aged fifty-eight, owner of Honeydew House.”
Edgar Asheford-Browne had a sharp nose and equally sharp blue eyes that were in the process of milking over. He was clad in tweed trousers and a cardigan. His hair was snow white and slightly matted with blood that had seeped from a wound on his forehead. In life, he would probably have looked distinguished, surrounded by the aura of old money. Now, however, as his twisted body lay sprawled on the floor of his own mansion next to a bloody fire poker, he merely looked dead.
“Tonight, Edgar Asheford-Browne was having dinner with his wife, daughter, soon-to-be son-in-law and a friend of the family,” DC Walker continued, “There was also another guest who showed up later, not exactly invited. Dinner…” DC Walker cleared his throat. “…well, it didn’t go exactly well.”
“Because of the uninvited guest?” Helen suggested.
“Among other things”, DC Walker said, “It also turns out that the parents disapprove of the daughter’s fiancé, plus I suspect that Mrs. Asheford-Browne is having an affair with the family friend. It’s quite the soap opera, really.”
“More like a mystery series,” Helen remarked, “So do we know what happened?”
“Edgar Asheford-Browne left the library where the party had retired after dinner,” DC Walker explained, “A few minutes later, the family hears a scream, comes running and finds him like this.” He pointed at the dead body on the floor.
“He died maybe an hour or two ago, that is shortly before he was found,” Dr. Rajiv, the forensic medical examiner, added, “The cause of death was probably a blunt force trauma to the head. We’ll have to wait for the post-mortem to be sure, of course, but at the moment it looks very likely.”
Helen nodded in agreement. “The wound on his forehead and the bloody fire poker are rather obvious clues.”
Dr. Rajiv looked up, dark eyes twinkling behind gold-rimmed glasses. “In that case, you’d be mistaken, Inspector, for the wound on the victim’s forehead is merely a scratch. Messy and bloody, to be sure, but hardly lethal. Unlike the nasty wound at the back of the victim’s head.”
“At the back of his head?” Helen repeated. “Why is he lying on his back then? Shouldn’t he rather be lying facedown, if someone bludgeoned him from behind?”
“Maybe he was attacked from the front, stumbled, bumped his head and received the fatal head trauma,” Simon suggested.
“Possible,” Helen said, “Or maybe he was bludgeoned from behind and didn’t collapse right away, so the killer hit him again from the front, most likely with the fire poker…”
“…and the victim finally goes down and falls backwards,” Simon completed.
Helen turned to Dr. Rajiv. “The fire poker was the murder weapon, was it?”
Dr. Rajiv nodded. “Most likely. Though once again…”
“…we’ll have to wait for the post-mortem to be sure. Yes, I know.” 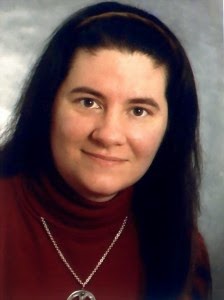