Murder Melange by A. Woodley 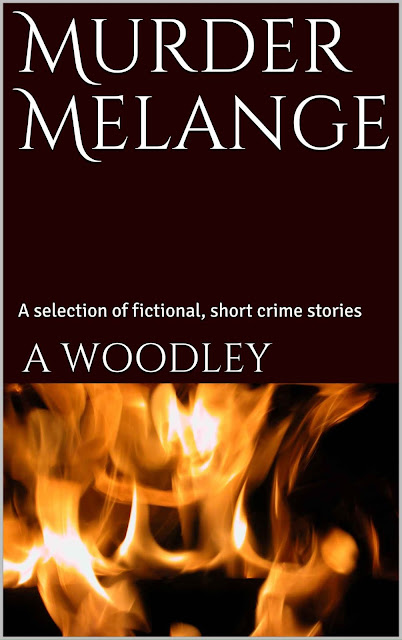 Twenty fictional short stories about murder by A. Woodley.


When Katia, the first juror on the Pendleton case was found brutally murdered, having been shot in the chest and head in her home, her husband Jim was of course the number one suspect, but as he had an airtight alibi, he was immediately cleared of actually killing her.
Jim was currently boarding in the local Police Station, in a locked cell for the entire night, where he'd been for a few hours already.
He'd been found in the car park of the White Hart public house, leaning on the low wall, passed out drunk, holding a glass bottle.
Naturally, the possibility that he'd ordered 'a hit' was considered, but that idea was soon thrown out after juror number three was also found dead, hanging from a tree near the old disused railway line but seen by a passing motorist from the bridge.
It didn't take long to discover juror number eight, Marty, as he was spread across the old railway tracks with his throat cut.
It would have been easy to miss his body as nobody really went near the tracks any more, apart from kids playing but this was at night, it was as they were cutting old Tomas down from the tree that the reflection from the street lights on the bridge, glinted onto the young man's silver tiger belt buckle.
Now they had three deaths, all on the same night and all three of them jurors on the Pendleton case.
It was now feared that the rest of the jurors could be in danger, if it wasn't already too late.
All of the jurors had been asked to stay in the hotel rooms provided for them for the duration of the trial but it had gone on for so long already, that some of them were missing their families, some their normal life and at least one, the time usually spent in the pub.
They all signed a sworn oath not to speak about the case to anybody, not even their nearest and dearest and were allowed home for the night.
Josh Pendleton was a very good friend of mine and although he was known to be a bit of a rogue, he was generally law abiding and well liked.

Born in London (South East) many moons ago (1954) & now living in the land of the concrete cows & roundabouts (we're famous for both) in Milton Keynes, Buckinghamshire, UK.
I started writing poetry & children's books so long ago but did nothing with them.
The children's books need illustrations & that is far beyond my capabilities.
The poetry sat in folders, unattended & forgotten for the most part until I recently came across some publishing info online.
I decided to dig out my old writings & sent off a manuscript to a publisher, they liked my manuscript & offered me a contract but wanted to share (refundable) costs, which was too much for my poor finances to cope with and I had no interest in vanity publishing anyway.
I was then told about self publishing with Amazon & checked it out, so here I am.
My 1st two ebooks  'Glimmer of hope' and 'Life and more'  are random collections of 50 poems in each book,
I do understand that there isn't a huge market for poetry but maybe some people will enjoy my efforts.
I think my favourite poem so far that I've written is 'I want to be a tree'.
My Daughter & Granddaughter have given me lots of encouragement to get published over the years & it now felt like the right time to try.
Eventually I plan to get my children's books published with the help of my Grandaughter, who is artistic but doesn't have a lot of free time, so that could take a while.
I have now written several more short stories, a book of 20 murder short stories (Murder Melange) and I'm currently writing a new book.