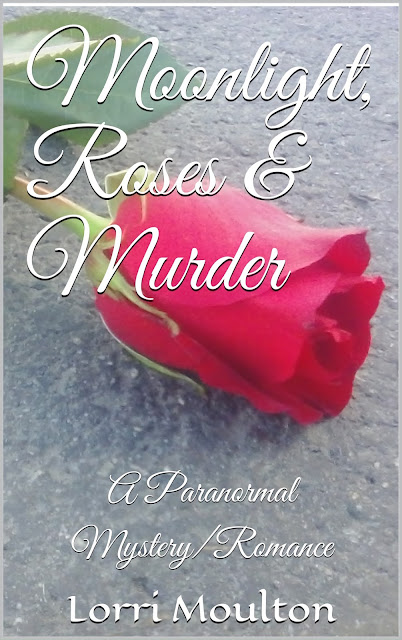 Selina is a woman with a secret and she has been hiding it for a very long time. With her nieces, she runs Luna's, a nightclub in downtown Seattle, catering to Steampunk and Goth clientele. When someone leaves a body behind her club, she is drawn into a web of mystery and murder. Puncture marks on the body indicate a vampire might be responsible and when more women are killed, a red rose is left by their bodies. As a vampire hunter comes to investigate, Selina wonders, who she can trust...

Walking out of the club, Hailey smiled and looked back at her friends.  “I told you it’s only a few blocks and I like the exercise.”  She tried to adjust the corset of her Steampunk costume, but it was determined to keep riding up.
“This isn’t Ellensburg,” said her friend Sonya, smoothing out her long black dress.  “Seattle is not someplace to be walking around by yourself at night.”
“I’ll go with you,” Andy offered.  He looked good in his Victorian outfit, but he’d been slurring his words since their third shot of whiskey.
“That’s okay,” Hailey replied, holding up one hand.  “See, it’s right there,” she said, pointing towards one of the buildings.  “Okay, right behind the tall one,” she added, laughing.
“Let’s all go,” Sonya offered, looking at her watch.  “We can get there and back in time for the next set.  The band is really good tonight.”
“I’m fine,” Hailey replied, giving her a hug.  “Oops, sorry about the ruffles.  They keep getting in the way.”  She smiled.  “I’ll talk to you in the morning.  We still have three days left of Spring Break.”
“She has to go call Doug,” Andy said, smirking.  “Lucky guy, if you ask me.”
“Okay Andy, time for coffee,” Sonya said, pulling him back towards the club.  Looking at Hailey, she added, “Be careful.”
Hailey nodded, then turned and walked across the street, cutting through Pioneer Square.  She loved Seattle, especially this part of the city.  The glass-covered, metal pergola was beautiful and with the trees and old buildings, it almost felt like she’d stepped back in time.
She heard music playing, probably from one of the clubs.  The Steampunk Convention was bringing out a lot of people for a Thursday night.  Two creepy guys were standing next to one of the doorways, which Hailey carefully walked around.  Glancing over her shoulder, she was relieved that they seemed deep in conversation.
Almost there, she told herself, as she crossed the street and walked along the sidewalk.  As she passed the alley, she thought she heard a noise.  She looked over and saw nothing, but started walking faster.  She could swear she heard footsteps and suddenly, this part of the block seemed deserted.  She stopped and heard two clicks, then silence.
“Okay, this is getting scary,” she said softly, wishing she’d asked Andy to come with her after all.  As she hurried to the end of the block, she saw the hotel across the street.  Finally, she thought, sighing with relief.  She took a step towards the bright lights of the hotel, as someone grabbed her from behind, pulling her back into the shadows… 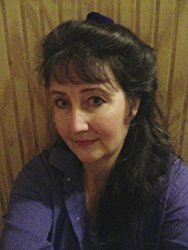 “You know what the issue is with this world? Everyone wants some magical solution to their problem and everyone refuses to believe in magic.”--Lewis Carroll
My name is Lorri Moulton and I live on a farm in eastern Washington with my family and our five horses. I write books about romances, mysteries, fairytales and historical non-fiction.  I've always enjoyed mysteries and romantic suspense, so I decided to mix those genres with paranormal romance, when I wrote my latest novel, Moonlight, Roses & Murder.  It's the first book in a new series, but it is a stand alone story.  The second book should be available this summer.