Indie Crime Fiction of the Month for May 2017

Welcome to the first ever edition of “Indie Crime Fiction of the Month”.

So what is “Indie Crime Fiction of the Month”? It’s a round-up of speculative fiction by indie authors newly published this month, though some April books I missed the last time around snuck in as well. The books are arranged in alphabetical order by author. So far, most links only go to Amazon.com, though I may add other retailers for future editions.

As always, I know the authors at least vaguely, but I haven’t read all of the books, so Caveat emptor.

And now on to the books without further ado: 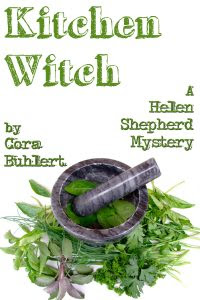 When Eudora Pembroke, a self-styled witch, is found dead in her house after ingesting a poisonous plant, everybody suspects a tragic accident. After all, Eudora was elderly and might have mistaken the poisonous plant for a benign herb.

But Detective Inspector Helen Shepherd is sceptical. Would a skilled herbalist like Eudora Pembroke really make such a beginner's mistake? And who might have had a motive to poison her?

This is a mystery novelette of 12500 words or approximately 45 print pages. 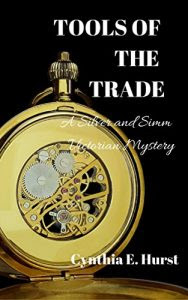 Tools of the Trade by Cynthia E. Hurst:

He’s considered a heretic. She’s a 13-year-old thief. Jacob Silver and Sarah Simm are mistrusted by the residents of their Cotswold market town even before the suspicious death of wealthy merchant Thomas Martyn – a man with the power to destroy both of them. But a secret night visit, a hidden scandal and a second murder mean that the two outsiders on the fringes of society are now thrust into the spotlight. Can they discover the truth others have missed – or concealed?

‘Tools of the Trade’ is the first novel in the Silver and Simm Victorian Mysteries series. 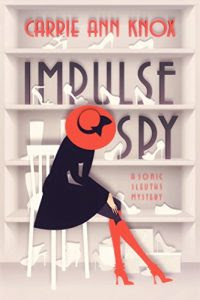 It turns out a little espionage may be just what Quinn needs. And she finds that she can even use her hearing loss to her advantage. But when a target of their surveillance turns up dead, and Quinn realizes she may have unwittingly played a role, she may be forced to put her future career--or her life--on the line to uncover the truth and keep other innocent bystanders from harm. 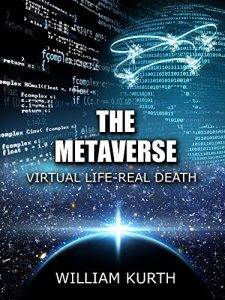 An FBI Agent more comfortable hunting criminals the old fashioned way. A brilliant scientist who kills using Virtual Reality. And an Artificial Intelligence with an agenda of its own.

The Metaverse, more than the “internet of things,” is a place where humankind has devised a way to comfortably and seamlessly merge the biologic and the digital to the point that neither is readily distinguishable from the other. As people in ever greater numbers choose to live, work and play "In World," so too do those who prey on their fellow man.

The Metaverse is a fast-paced Crime Thriller that takes place in the not too distant future with technology that even now is a part of our world. 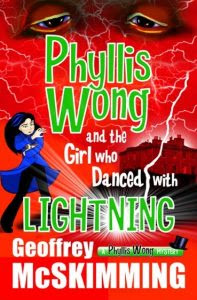 Phyllis Wong and the Girl Who Danced with Lightning by Geoffrey McSkimming:

When Phyllis Wong's friend Clement finds a seemingly ordinary old movie poster in an antique shop, little does Phyllis know that the discovery will fling her on a journey into the past ... a journey that will lead the brilliant young magician and clever sleuth to a forgotten mystery surrounding one of the most famous stories ever written! 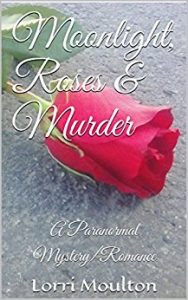 Selina is a woman with a secret and she has been hiding it for a very long time. With her nieces, she runs Luna's, a nightclub in downtown Seattle, catering to Steampunk and Goth clientele. When someone leaves a body behind her club, she is drawn into a web of mystery and murder. Puncture marks on the body indicate a vampire might be responsible and when more women are killed, a red rose is left by their bodies. As a vampire hunter comes to investigate, Selina wonders, who she can trust... 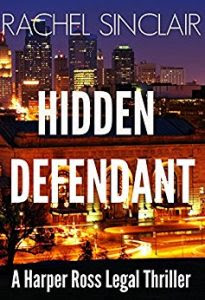 Harper's uncle, Jack Calhoun, has been charged with murdering a priest. Jack has no idea if he killed the priest or not. All that he knows is that he woke up in the rectory, holding a knife, with a priest covered in blood at his feet.

It soon become apparent that Jack is not who he seems. He's not the man who Harper grew up with. He's become something else. Somebody else. It's possible that he really killed Father Malone - Harper must come to terms with the reality.

As Harper gets further into the case, she's never quite sure exactly what happened. She doesn't want to believe that her beloved uncle would be capable of such a crime.

All signs point to Jack as the murderer.

With the twists and turns that you've come to expect from a Rachel Sinclair legal thriller, this tightly-paced story is not to be missed! 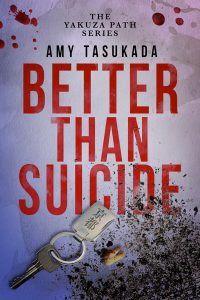 Better Than Suicide by Amy Tasukada:

A bag of drugs. A twisted cop. A mob on the verge of self-destruction…

Nao Murata is the new Godfather of the Matsukawa syndicate. When Detective Yamada confronts Nao over a dead drug dealer, the Nao knows his organization isn’t responsible. The Matsukawa doesn’t deal drugs… or does it?

When Nao discovers drugs in a locker owned by his syndicate, he no longer knows who to trust. With the police bearing down on the Matsukawa, Nao must make unlikely allies to find out the truth. Can he discover who is betraying him before time runs out, or will everyone suffer for a crime he didn’t commit?

Better Than Suicide is the second book in a Japanese mafia thriller series. If you like complex plots, gripping suspense, and splash of gay romance, then you’ll love the next installment in Amy Tasukada’s Yakuza Path series. 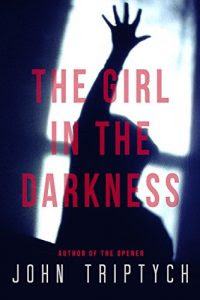 The Girl in the Darkness by John Triptych:

Brenda DeVoe lives a lonely, quiet life in a secluded house by the backwoods of Virginia. Her days are spent working as a volunteer at the local animal shelter, caring for unwanted and injured pets.

Once the toast of their small town, Brenda and her husband Jeff were destined for great things until one fateful night, when their young daughter disappeared without a trace. Their marriage soon fell apart and they separated, each to live out their damaged lives as best they could. Years later, Brenda finds something familiar when an injured cat is brought into the shelter, and the nightmares that she had once left behind are now returning … with a vengeance.

If you like the pulse pounding novels of Mary Higgins Clark, Gillian Flynn, Kathy Reichs, Tami Hoag and Paula Hawkins, then have a look at this newest psychological suspense thriller by John Triptych! 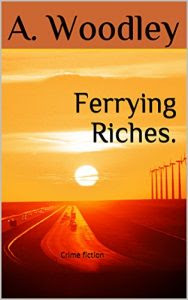 Ferrying Riches by A. Woodley:

Gabe and Derry Thomson were twin brothers looking for a new life, in a new town, where they found themselves mixed up in the type of criminality that they’d only ever seen in films before. 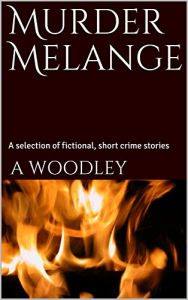 Murder Melange by A. Woodley: