Better Than Suicide (The Yakuza Path, Book 2) by Amy Tasukada 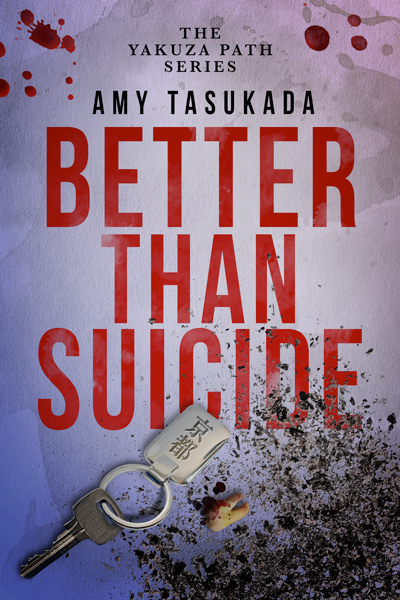 About Better Than Suicide:

A stash of drugs. A twisted cop. A mob on the verge of self-destruction…

Nao Murata is the new godfather of the Matsukawa syndicate. When Detective Yamada confronts Nao over a dead drug dealer, Nao knows his organization isn’t responsible. The Matsukawa doesn’t deal drugs… or does it?

When Nao discovers drugs in a locker owned by his syndicate, he no longer knows who to trust. With the police bearing down on the Matsukawa, Nao must make unlikely allies to find out the truth. Can he discover who is betraying him before time runs out, or will everyone suffer for a crime he didn’t commit?

Better Than Suicide is the second book in a Japanese mafia thriller series. If you like complex plots, gripping suspense, and a splash of romance, then you’ll love the next installment in Amy Tasukada’s Yakuza Path series.

“This better be good, Detective,” Nao said. “I have some important people waiting for me.”
A grin deepened detective Yamada’s wrinkled face. “Good thing I don’t consider the Osaka and Tokyo godfathers important.”
“But the Kyoto godfather is important enough to demand a meeting? I don’t know if I should consider myself lucky or—”
“I had an agreement with the Matsukawa and your father.”
“And he’s dead.”
The pipes rattled as a train passing made conversation impossible, and Nao sank back into the sticky memory, which lingered in the silent moments of Nao’s day. The day of his father’s funeral took over. His black casket had shone among the white chrysanthemums, while murmurs from the guests—syndicate members from all over Japan—had echoed in Nao’s ears.
Yamada cleared his throat, and Nao swallowed back the pungent scent of flowers. He couldn’t let his memory linger so vividly. He needed to bury it along with the others memories he had sealed off.
“I’m sorry for what happened to your father,” Yamada said. “Regardless, the arrangement still stands with the Matsukawa.”
“And how did the police hold up their end of the arrangement when the Korean mob gunned him down and ripped out his eyes? They did nothing. Your double-standard agreement with the Matsukawa is finished!”
Nao turned to leave but bumped into Kurosawa. Nao clenched his teeth. “Move.”
“Mr. Murata.” Yamada smirked and leaned against the door. “I couldn’t help but notice the Matsukawa crest you have on your lapel. According to the newest anti-yakuza laws, having your mob’s symbol on display is a fineable offence.”
“Fuck you!”
The button on Nao’s pinstripe coat popped open, exposing his arm in a sling. He snapped the jacket shut with his good hand then grabbed the door handle.
Nao’s nostrils flared. “Move or I’ll make you.”
Yamada laughed. “And the threat you just made toward me while wearing your crest turns the fine into something I can use to put you in jail. You see the benefit of the agreement I had with your father?”
The withered detective was more cunning than Nao had thought. Nao’s hand fell away from the door handle. He’d play along, for the time being.
“Don’t think this is my first time dealing with your kind,” Detective Yamada said. “I have neckties older than you, kid.”
The detective’s faded red tie did indeed look older than Nao’s twenty-six years. He clenched his jaw and straightened the inverted arrows of the Matsukawa crest on his lapel.
Nao glanced at Kurosawa. Of course, he couldn’t touch the detective, but he showed no interest in even looking threatening toward the officer. If it wasn’t for the fact that he could drive he’d be worthless. Someone in the syndicate would better serve as Nao’s guard.
“I’m missing an important meeting being here,” Nao said. “So hurry up.”
“I presume your syndicate would like for our agreement to continue, unless they want another godfather in jail.” 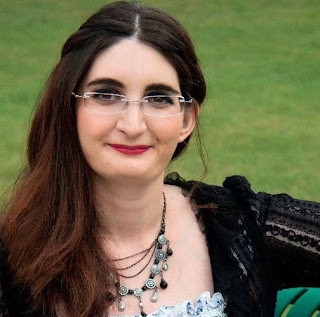 Amy Tasukada lives in North Texas with a calico cat called O’Hara. As an only child her day dreams kept her entertained, and at age ten she started to put them to paper. Since then her love of writing hasn’t cease. She can be found drinking hot tea and filming Japanese street fashion hauls on her Youtube channel.