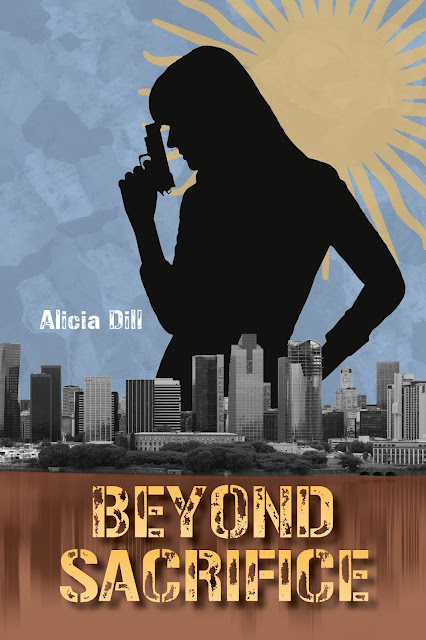 Concepcion Chapa, an Army veteran, FBI special agent, and the orphaned daughter of two CIA agents, has lived a life of sacrifice for her country. When she learns that her parents may not be dead, just undercover, she allows herself to be recruited as a killer-for-hire for the CIA. Faking her death and undergoing surgery to change her looks, Concepcion leaves everything behind-her friends, family, and country. Under the identity of Sofia Paltrini, she travels the globe doing the dirty work of the US government. But in a world of subterfuge and hidden motives, no one is quite who they seem. Concepcion is left not knowing who to trust and wondering if there's a way to live a life for herself that's beyond sacrifice.

It was ten thirty in the morning. The body was discovered minutes before. I had plenty of time to sleep late and eat a hearty breakfast at the café across the street. By the time the police arrived, the support team from Charles had taken over surveillance of the scene and I was free to take in the other parts of the city. I looked up to see the Christo standing with his hands outstretched. I reached back to the figure of Christ. A strange thought. Did Charles assign me a religion under my new identity? For now, it was money and waiting for what started this farce.

Though I had already accrued well over a million dollars in my account, it still gave me a thrill to see a deposit of fifty thousand dollars for a single night’s work. My job in the whole operation took the least amount of time. Someone else put in the long hours of planning and research. By the time I was assigned the case, all other means of limiting a threat had been exhausted and whomever it was I encountered was a walking dead man.

Two hours later, I was down about a thousand dollars from jewelry alone. I didn’t even like what I bought. I would have preferred a souped up car, but that was too flashy for now. I hadn’t considered the money I would earn, but it was part of the assignment that I look good spending it. This amount would be considered a fortune to any one of Rio’s citizens living in the favelas. Maybe I could ask Charles to give a donation with parts of my fee; a few families could prosper with the blood money of someone else’s death.

The more I acted like someone else, the more I became someone else. And just like Aquila explained to me, I was perfect for this kind of work. Gone were my origins as a righteous killer. It was don’t ask, don’t tell when it came to the targets of my profession. They had to be bad, right? Otherwise, why would the CIA want them killed? Thinking about those subjects would just make my life harder than it already was.

In one of my lower moments, I asked Aquila if he thought my parents would be happy that he was getting me into this team, the agency. He seemed so sure this was the only way to help his friends, but, on some level, he was betraying the life I wanted for myself. I missed my friends and I missed Chuey. We didn’t have much except careers, but we had each other. In my previous assignment, I had a messy life that I mostly shared with the people I loved. My work was life. It was true that I had a dark side. I killed a man in cold blood without orders. I murdered him. And I hid it from everyone. But so what? Everyone had secrets. 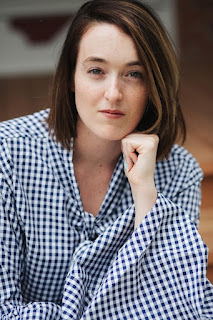 ALICIA DILL is an Army veteran, journalist, public speaker, and award-winning author. Originally from Missouri, she joined the Iowa Army National Guard at the age of 17 and received a degree in journalism and international studies at the University of Iowa, and has a masters from the University of Dubuque. Her first book, Squared Away, was a 2020 International Next Generation Indie Book Award winner and a finalist for the National Indie Excellence Award. See more about the author at www.aliciadill.com and follow her on social media at @aliciadillauthor (Instagram) and @TheRillDill_ (Twitter)